Asbestos was utilized in hundreds of domestic, commercial, and military items for many years. It was linked to mesothelioma, a rare disease that grows in the lining of cells in the chest and abdominal cavities, in the early 1960s.

Medical research eventually revealed that about 80% of all patients who developed mesothelioma had a history of exposure to Asbestos-containing products in their jobs or had lived with someone exposed to it at work.

The association between the two is now so well-established that they are presumed to exist on a one-to-one basis.

Let’s take a closer look at Asbestos, the causes of Asbestos lawsuits against its manufacturers, and what you need to do if you have been exposed to Asbestos.

Asbestos is the term given to six minerals that exist naturally as bundles of fibers that may be split into thin, tough threads for industrial and commercial purposes.

These fibers don’t carry electricity and can withstand heat, fire, and chemicals. These factors have led to Asbestos’s widespread use in various sectors.

The Rise of the Asbestos Industry

From the late 1800s, American companies such as Johns-Manville earned an enormous fortune by mining, producing, and marketing Asbestos-containing products.

A century later, evidence proved that Johns-Manville and countless other companies were not only aware of the potentially fatal effects of Asbestos exposure but also took tremendous measures to hide the knowledge from workers and consumers.

The Asbestos industries prioritized corporate profits ahead of public health and the value of human life.

Asbestos products were widely used in industries in the United States throughout the mid-twentieth century, including shipbuilding, construction, and power generation.

In addition to Johns Manville, other leading Asbestos manufacturers include:

Why is Asbestos Hazardous?

Asbestos is hazardous because it may disintegrate into microscopically thin filaments. Since these fibers are so small, they can remain airborne for days after being disturbed.

Individuals can inhale these fibers when they are in the air. Because the threads are so small, they can penetrate deep into a person’s lungs and get stuck in the lung tissue.

Once embedded in the lung tissue, these fibers can induce various devastating disorders, including lung cancer, Asbestosis (lung damage), and mesothelioma (cancer of the lining of the lung cavity).

When exposed to Asbestos, you may also experience the following symptoms:

Asbestos lawsuits were initiated against Asbestos producers as a result of this impact. 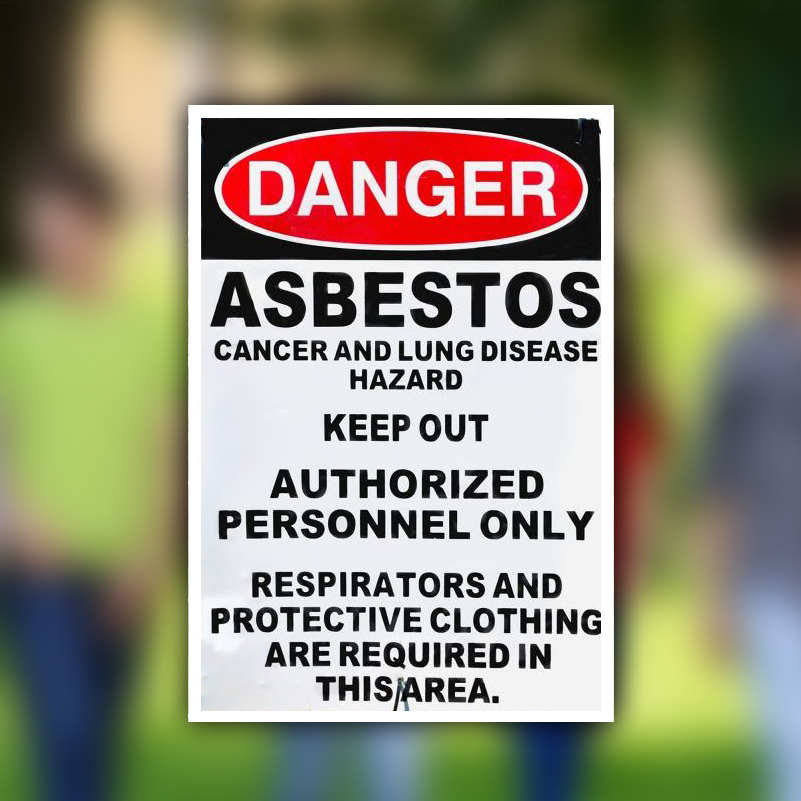 What effect does smoking have on risk?

Numerous studies have demonstrated that smoking and Asbestos exposure is incredibly harmful.

The combination of smoking and Asbestos exposure does not appear to raise the risk of mesothelioma. People who have been sensitive to Asbestos in the workplace or believe they have been exposed should not smoke.

Asbestos lawsuits may be appropriate for you and your loved ones if your family has been affected by Asbestos side effects.

If you were exposed to Asbestos and developed mesothelioma or Asbestosis, you may be able to file a personal injury claim.

If the disease results in the death of a loved one, you are entitled to sue a wrongful death claim.

These forms of Asbestos lawsuits are brought on behalf of a victim against the persons accountable for their Asbestos exposure and subsequent diagnosis.

An Asbestos personal injury claim is typically accelerated since the patient’s health deteriorates with time, and they seek justice and compensation as soon as feasible.

Asbestos-exposure victims can pass away before seeing how their case turns out, or they won’t have enough time to file an Asbestos lawsuit. In such circumstances, family members can file a wrongful death lawsuit or continue the ongoing claim that their family member began with serious side effects.

These sorts of lawsuits may take longer than a personal injury lawsuit, but they frequently result in Asbestos lawsuit settlements for medical costs and burial expenses. They may also encompass pain and suffering and the loss of companionship.

The Early Days of Asbestos Lawsuits

Even while companies were aware of the health concerns associated with Asbestos by the 1930s, Asbestos lawsuits took off in the 1970s.

Immediately after research began linking Asbestos to diseases like Asbestosis and cancers like mesothelioma; numerous Asbestos lawsuits were filed.

When courts began to accept the legal doctrine of “strict responsibility,” plaintiffs were no longer required to demonstrate Asbestos producers’ carelessness, perhaps the most crucial element in the explosion of lawsuits.

The pivotal case of Borel v. Fibreboard, which started in 1969 and concluded in 1973, was the first substantial court win by a plaintiff against prominent Asbestos producers under the strict legal theory.

The Borel case escalated litigation, and Asbestos-related cases peaked in the 1980s and 1990s.

When several claims are resolved simultaneously in a single court trial, it is known as a class action lawsuit.

Class action lawsuits are frequently filed in faulty product cases where there may be hundreds or thousands of prospective claimants.

When there has been a terrible accident or illness, they should not be employed as a legal remedy. As a result, attempts to file a class action lawsuit against Asbestos have repeatedly failed.

The U.S. Supreme Court declined to approve the application of a class action lawsuit Asbestos case in Ortiz v. Fibreboard Corp. in 1992.

In the end, there are too many differences between individual instances, even among Asbestos plaintiffs who worked for the same company or sector, to justify a class action. Multidistrict litigation is the most incredible alternative for effectively managing several comparable cases (or MDL).

The largest and longest-running MDL in history is In Re: Asbestos Products Liability Litigation, MDL No. 875. Over 100,000 Asbestos and mesothelioma claims were settled through the Eastern District of Pennsylvania-based MDL, established in 1991.

Generally, claimants are bound by confidentiality agreements, and the exact settlement amounts are hidden. Nevertheless, the financial details of a few mesothelioma case settlements occasionally get public.

A trial is often scheduled if a settlement between the plaintiffs and defendants cannot be performed. If the defendants are convicted, the jury will decide how much they should pay for damages.

In 2018, the family of a mechanic from Redding, California, resolved an Asbestos-related lung cancer wrongful death case for $630,000. The surviving family asserted that the Asbestos brakes, clutches, and gaskets were to blame for their loved one’s lung cancer.

The highest Asbestos verdict in New York history, at $75 million, was handed out to Ed Robaey by a jury in 2017. Robaey said he had mesothelioma after handling Asbestos gaskets used in automobile engines.

Alfred D’Ulisse, a former police officer and brake expert who claimed he contracted mesothelioma after being exposed to the company’s car brakes containing Asbestos, received a $25 million judgment against DaimlerChrysler in 2006 from a New York jury.

In 2003, U.S. Steel was sentenced to pay $250 million to the widow of a former steelworker who passed away from mesothelioma. U.S. Steel and the court achieved a post-verdict Asbestos lawsuit settlement for an undisclosed sum far less than the trial judge.

The family of Carl Rogers, who passed away from mesothelioma in 2014 after spending 30 years working at a Goodyear tire plant, received an $18.6 million Asbestos lawsuit settlements from a Texas jury. At the plant, Rogers was exposed to pipe insulation and mechanical parts that contained Asbestos.

In a 2020 Asbestos lawsuit brought in Washington state, a drywall worker with mesothelioma received a $13.4 million verdict and $75,000 in settlements.

Raymond Budd claimed that his exposure to many Asbestos-containing goods, notably the joint compound made by Kaiser Gypsum, was the cause of his cancer.

George Lucas, a longshoreman who claimed he had mesothelioma due to Asbestos exposure while working at shipyards around San Francisco Bay for over 30 years, received a $24.26 million verdict from a San Francisco jury in 2018. He came into contact with packaging, gaskets, and Asbestos insulation.

In 2016, a jury awarded George Parker, a former employee of a naval shipyard, $6.5 million. According to the jury’s findings, Parker was diagnosed with mesothelioma after exposure to Asbestos. At the Norfolk Naval Shipyard, Parker worked with gasket materials containing Asbestos.

In a mesothelioma case against gasket producer John Crane Inc., a California jury awarded $70.8 million to the U.S. Navy mechanic Robert Whalen in 2014. Whalen claimed that during his 26 years in the navy, he was exposed to the company’s Asbestos goods and subsequently got mesothelioma.

In a mesothelioma-talcum powder lawsuit, a Los Angeles Superior Court jury gave Philip Depoian an $18 million verdict in 2016. Depoian was exposed to talcum powder items containing Asbestos used at the barbershop where his father worked.

Stephen Lanzo III and his wife received $117 million in damages from a jury in 2018. In 2003, Lanzo was diagnosed with mesothelioma due to items Johnson & Johnson and Imerys Talc America sold to him that contained Asbestos. A jury held both companies accountable.

Is Asbestos prohibited in the U.S.?

The U.S. does not have a prohibition on Asbestos. The United States still imports and uses Asbestos despite several attempts to outlaw it.

The United States International Trade Commission reports that about 114 metric tons of Asbestos were brought in the first three months of 2022, which is more than the 100 metric tons imported in 2021. Since 2002, there hasn’t been any Asbestos mining in the U.S., despite imports still occurring.

Can I file an Asbestos lawsuit if I was exposed to Asbestos?

Although many of the companies involved in Asbestos mining or using it in their products have gone out of business or discontinued its use, the remaining companies and their insurance carriers have established multibillion-dollar trust funds to pay for the medical expenses of Asbestos exposure victims and to compensate their families for the victims’ untimely deaths.

To file Asbestos lawsuits, the plaintiff must have a confirmed diagnosis of mesothelioma and a confirmed history of exposure to Asbestos-containing products.

Filing Asbestos lawsuits can be complicated for various reasons, many of which are due to problems in either proving that exposure occurred or the expiration of the Asbestos claims time limit (statute of limitations).

Although these issues may present barriers that are difficult to overcome, these issues can often be resolved by experienced legal counsel.