Is claiming for a motorcycle accident as easy as riding it? 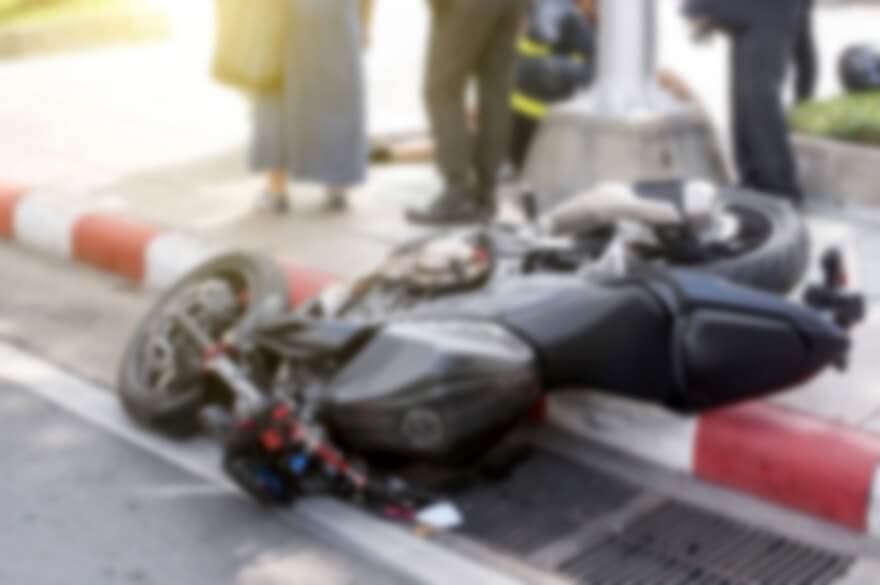 Riding your motorcycle on the road with fresh air embracing your face is a fun-filled experience. You may feel like the sole owner of the road. But, is the motorcycle safe when compared to the car for travel for squids? It’s a million-dollar question. Of all the vehicles registered in the USA, the percentage of motorcycles is very less. However, more motorcycle collisions occur every year when compared to other vehicles.

Among the different types of motorcycles like Cruisers, Standards, Sport bikes, and Super sports, the last one encounters four times greater fatalities in the U.S.

NHTSA statistics had found a 33% increase in motorcycle accidents in urban areas in the period 2009-2018 when compared to the rural areas where it was reduced by 15%.

However, the early estimate of motor vehicle fatalities by NHTSA divulges a 1% recession in motorcycle accident rate when compared to 2018. This gives us a faint ray of hope that the motorcyclists started using safety gear such as helmets, gloves, boots, and inflatable suits which would ratchet the fatality rate in the future.

As per the updated statistics by NHTSA, around 5,458 motorcycle fatalities were reported in 2020. This was a 9% increase from 2019 and the highest number of fatalities recorded ever in the United States.

What are the primary causes of motorcycle crashes?

Don’t be uninitiated about the riding etiquette while on the road. Motorcyclists are more prone to casualties in motorcycle crashes compared to other vehicles. Let’s analyze the primary causes of fatalities in this part.

Motorcycles are smaller in size and difficult to balance especially at great speed. Even for expert riders rash riding is pernicious. One should be extremely alert and prudent in busy traffic and all the time, the riders alone cannot be denounced, even the other racing motor vehicles can be the reason for collisions.

When there is a parking line so close to the traffic lane, a motorcyclist should be vigilant. Unexpectedly, someone may open the door of the parked car which would create a mishap. This may look ordinary but can be deadly if the motorcyclist is not alert.

Tailgating i.e. moving very close to other vehicles, especially larger vehicles is detrimental to motorcyclists. If those vehicles apply break unexpectedly, one won’t get enough space or time to evade the crash. Some complacent riders tend to take such risks trusting their riding skills. Tailgating may result in fender bender accidents enough even to kill the motorcyclists.

Inclement weather also plays a vital role in fatal motorcycle accidents. Hail, snow, heavy rain, dust storm, etc are rather hazardous to motorcyclists than those who travel in closed vehicles. Even skilled motorcyclists should be extra cautious on slippery roads during snowy and rainy seasons, and low visibility climates like mist or dust storms.

Defective motorcycles also have their roles in increasing motorcycle fatality rates. Failing brakes, leaking fuel tanks, installation defects, faulty engines, etc are something that can cause a motorcycle accident and for which the motorcyclist cannot be held liable.

Most motorcycle collisions result either in traumatic injuries or in the death of riders. Minor rashes also may result in a serious infection if uncared. The most common injuries in a motorcycle accident are as follows:

Preventive Measures to Avoid Fatality in a Motorcycle Accident

What to do After a Motorcycle Accident?

Have you met with a motorcycle accident? Don’t panic. Survey your surroundings. Move to a safer place. Inform the police and call the paramedics, if necessary. Check your injuries. Don’t hurry to remove your protective gear. It may aggravate the injuries. Collect the pieces of evidence like taking photos of yourself, your vehicle, and the vehicle that hit you and get a copy of the police report, etc.

Try to talk to the other driver and share information regarding insurance and contact details. Don’t ever forget to seek medical attention. You may get an all right feel at the moment. However, the symptoms may uncloak after weeks or months. Sometimes, an ordinary personal injury can rewrite your happiness with unending woes.

Claiming in a motorcycle accident is not as easy as in other motor vehicle crashes. Normally, people have a mentality to blame the motorcyclists, when there is an accident. This false notion helps the insurance companies to reduce or even deny the claim.

Some states decide the compensation based on the degree of fault. For example, if the rider is proved to be at 25 or 50 percent fault, his compensation also will be reduced to 25 or 50 percent. Therefore the insurance companies will try all means to prove that the motorcyclist is at fault.

You may find it difficult to pay your medical expenses without getting the requisite amount. With the help of a skilled motorcycle accident attorney, you will be able to get what you deserve. He can even negotiate with the stubborn insurance companies to yield you maximum compensation. A lawyer for motor accidents can even help you claim for your pain and suffering.

Don’t share the details of the accident and claim details with people other than your family and your lawyer.  Sometimes the defendants may use it against you to win the lawsuit. Hand over all the evidence collected at the scene to your lawyer. He knows the nuances to get your claim.

Let me clarify some of the common queries that arise in the minds of the readers regarding motorcycle accidents here.

What happens in a hit-and-run case?

All road users have obligations to other road users and are expected to stop their vehicles in the event of an accident. They are expected to assist the plaintiff and share their insurance and contact information with them. Instead, they would be charged with a moral crime if they fled the scene, whether intentionally or unintentionally.

If you are hit by a car that flees the scene, do not rush to pursue the fleeing vehicle. If you are injured, your primary concern should be the treatment of your injuries. However, memorize the make, model, and registration number of the at-fault vehicle. Inform the highway patrol or 911, and provide any information you have about the car and its driver.

The officers conducting the investigation would look for the at-fault driver using traffic camera footage, CCTV footage, or other means. If they are identified, they must pay you the deserved compensation as well as punitive damages for their negligent behavior.

When the at-fault driver is identified in a hit-and-run case, you can get the compensation you deserve. What will happen if this does not happen? You must rely on your uninsured or underinsured motorist coverage to cover your losses.

You can file a claim if you crashed while swerving to avoid a collision with a car or truck. Even if there was no physical contact between the automobile and the motorcycle (“no contact accident”), you may be entitled to compensation for property damage and injuries if you can prove that the other driver was negligent.

Will the negligence on my part affect my motorcycle accident claim?

You do not need to be concerned about the verdict if the case is going to be settled out of court. To negotiate the claim with the defendant’s insurance adjuster, you should hire an experienced motorcycle accident attorney. However, if the case goes to court, you may be awarded or denied compensation depending on the negligence law in your state.

Who can be held liable in a motorcycle accident?

In general, the defendants in motorcycle accidents are

In Florida, the statutes lay down rules and regulations for the motorcyclists to follow regarding the use of footrests, handlebars, stop lamps and signals like statutes 316.222, 316.2095 and 322.01. if you are involved in a motorcycle accident in Florida, contact the Spivey Law to proceed with a lawsuit.

Youngsters choose motorcycles to cars as they are convenient for long-distance travel and parking facilities. However, riding a motorcycle can be risky if maneuvered distractedly. Extreme caution and obeying rules will save you from a fatal motorcycle accident and unnecessary future financial burdens. Getting the advice of a proficient lawyer helps you claim your lawsuits like a piece of cake. Be a genuine rider, abide by the laws of your state and have a safe ride.

The page you requested could not be found. Try refining your search, or use the navigation above to locate the post.