Post-Traumatic Stress Disorder (PTSD): Know How Much Does Your Claim Worth 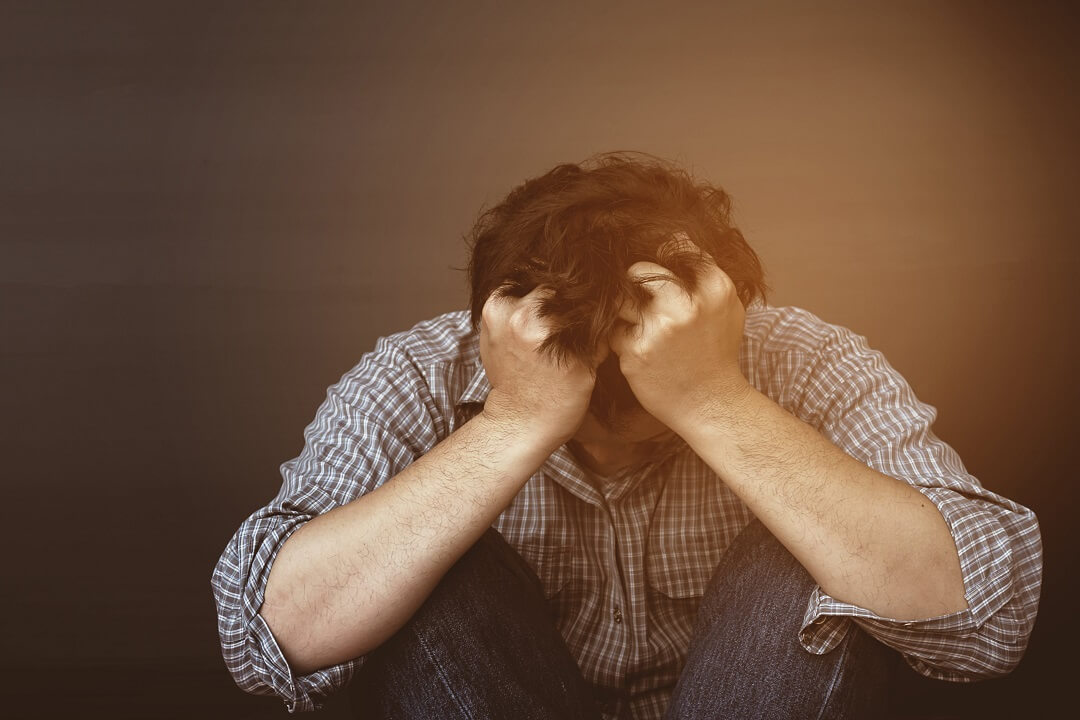 Not all wounds are visible. Some are unseen, deeper, and hurtful than anything that bleeds. They make you feel on edge and lonely. They hamper your day-to-day activities. Yeah, I am talking about something which you often simplify and debase as stress. It’s about Post-traumatic stress disorder (PTSD).

PTSD is a psychological disorder developed in some individuals in response to a traumatic incident like an accident, workplace injury, or physical abuse. Such traumatic events could make an individual feel afraid, shocked, and powerless. The likelihood of developing PTSD is determined by the nature of the triggering event.

It is estimated that 7-8% of Americans will develop PTSD in their lifetime. Women are two times more likely to develop PTSD than men, according to the American Psychiatric Association (APA).

As per the 5th edition of the Diagnostic and Statistical Manual of Mental Disorders (DSM-5), the following factors trigger post-traumatic stress disorder.

Various reasons like genetic factors, societal factors, and biological and neurological factors are reported to be associated with PTSD. In some individuals, the impact of trauma has been found to have a cumulative effect.

Studies indicate that the amygdala of the brain, which is involved in processing emotions and modulating the fear response, is hyperactive in PTSD patients. The medial prefrontal cortex controls the stress response and emotional reactivity of the amygdala. In patients with PTSD, the mPFC appears to be smaller and less responsive. This imbalance is often associated with trauma.

Post-traumatic stress disorder (PTSD) is a type of anxiety disorder which can develop after being involved in, or witnessing traumatic events. If you would like to explore how talking therapies could help you, visit https://t.co/V7GWy3MOy9 pic.twitter.com/Ml5xasYILJ

Each individual doesn’t need to have common PTSD symptoms. The signs and symptoms may vary from one person to another depending upon the severity of the trauma and the general health condition of the individual. PTSD symptoms can be broadly divided into two:

Undermentioned are the common physical symptoms of PTSD

Any one of the following factors should be established in PTSD

The individual should experience at least one of the below-listed symptoms to be diagnosed with PTSD.

The individual should experience at least one of the avoidance symptoms

At least two of the following negative changes in thoughts and mood should be evident in the individual.

At least two of the following changes in arousal should be experienced by the individual to be diagnosed as PTSD.

To be diagnosed with PTSD, the above symptoms should persist for more than one month.

The symptoms should lead to considerable distress and affect the individual’s life.

The symptoms should not be due to a pre-existing medical condition or some form of substance use.

PTSD is often escorted by other mental disorders such as major depressive disorder, acute stress disorder, adjustment disorder, panic disorder, anxiety disorder, borderline personality disorder, and alcohol use disorder. A Meticulous evaluation is crucial to make sure the diagnosis of PTSD is precise.

A detailed discussion with the individual along with a psychological examination is the main tool for the diagnosis of PTSD. A physician uses the criteria mentioned in the DSM-5 for the analysis. Physical examination may also provide some clues to the physician.

Treatment for post-traumatic stress disorder involves a combination of psychotherapy, psychological counseling, and medications. Psychotherapy strategies for PTSD utilize exposure therapy and cognitive restructuring. Medications include anti-depressants and anti-anxiety drugs like citalopram, amitriptyline, isocarboxazid, etc. Support and care from loved ones would also help the individual to get back on his feet.

Any individual who encounters or witnesses a car, truck, motorcycle, aviation, boating crash, or animal attack may develop post-traumatic stress disorder. It may also happen after witnessing or experiencing a traumatic workplace accident, such as a crash, electrocution, crushing, or amputation.

Depending upon the triggering event that caused post-traumatic stress disorder, the victim is entitled to seek damages through a personal injury lawsuit or workers’ compensation claim.

In post-traumatic stress disorder claims, the severity of the physical injury should not be taken as a criterion to assess the intensity of the trauma. The emotional response of the victim to the accident is what PTSD is all about.

When an accident is serious enough to induce PTSD in an individual, there are options to receive damages through the judiciary. The victim could claim for the losses incurred as a result of the impact of the accident on his life. PTSD is held as the basis for an emotional distress claim in personal injury litigation.

For instance, if an individual suffers from PTSD after a road accident, the claim for PTSD is to be filed against the negligent individual who caused the accident. The post-traumatic stress disorder compensation claims are covered under general damages of personal injury law. A Personal injury attorney could assist the plaintiff to sue the defendant party.

In personal injury litigations related to PTSD, the damages need to be established through expert testimony as the mental agony is not measurable like physical pain and suffering. Diagnosis of the condition plays a crucial role in any PTSD claim for personal injury. The victim would not be able to pursue the post-traumatic stress claim when the statute of limitations is crossed by the time he realizes the abyss of the condition.

To proceed with a lawsuit for PTSD without an adequate diagnosis report and expert testimony would never benefit a claim. An expert witness is usually required to validate a post-traumatic stress disorder (PTSD) allegation. This is because an attorney may not have the clinical expertise to analyze the medical records of the plaintiff. The opinion of the witness would be based on the DSM-5 PTSD diagnostic criteria.

The PTSD expert witness may or may not be the plaintiff’s treating physician or therapist for the accident and related injuries. If he is not the treating physician in the case, another witness may be required. He would provide additional testimony that the plaintiff exhibits a potentially debilitating condition and the symptoms of PTSD, which indicates a positive diagnosis. The witness in such cases is called the fact witness.

The witness should establish the below-mentioned arguments

If an employee suffers from PTSD as an after-effect of a workplace injury, the claim comes under workers’ compensation. Work-related PTSD is often reported in personnel like firefighters, EMTs, police officers, paramedics, health care workers, and other first responders.

Workers’ compensation benefits for PTSD depend on the type of employment and the state. For an employee to claim workers’ compensation for post-traumatic stress disorder, a licensed physician or psychologist should diagnose the condition as per the requirements of the Diagnostic and Statistical Manual of Mental Disorders.

In some states, PTSD is covered under “mental/mental,” “mental-only,” or “psychological” injuries of the workers’ compensation law.

In 9 states, including California and Oregon, Compensation is granted for PTSD even if the plaintiff does not suffer any physical injury.

28 states, including Texas, New Mexico, and Utah, offer only limited coverage to psychological injuries like post-traumatic stress disorder. The trauma should directly be linked to an unusual event related to employment.

In 13 states like Alabama and Montana, PTSD is not compensable under workers’ compensation and occupational disease laws.

In Colorado, any employee who suffers from PTSD, even if it is a part of their routine work, could claim workers’ compensation benefits.

Benefits for post-traumatic stress disorder compensation may include payment for lost wages and medical expenses related to PTSD. If it is proved that the employee would never fully recover, compensation for permanent mental health impairment would also be provided through workers’ compensation benefits. However, for minor trauma, the employee may get the time off work and treatment resources required for recovery.

Military veterans are at a higher risk of witnessing stressful experiences and developing post-traumatic stress disorder (PTSD) symptoms. A 2017 study involving 5,826 United States veterans reported that 12.9% of them suffered from PTSD.

Veterans affected with PTSD are entitled to veterans (VA) disability compensation through the US Department of Veterans Affairs. A qualified VA disability attorney can help the veteran obtain compensation.

For a veteran to entitle to VA disability compensation,

VA disability compensation proceeds through the Compensation and Pension examination (C&P exam) with the aid of the Disability Benefits Questionnaire (DBQ). The disability benefits for PTSD is based on a rating between 0-100 %, with in-between ratings of 10, 30, 50, and 70%.

Rating would rest on the social and occupational impairment, frequency, duration, and severity of symptoms in the individual. The benefits would cover expenses for treatment and to improve the quality of life of the individual. Additional benefits may be granted to the dependents of the veteran when diagnosed with at least 30% disability.

Time Doesn’t Always Help. It is essential to consult a physician when you feel any psychological distress after a mishap.

In some cases, indications of PTSD may develop long after the accident has taken place. In such cases, PTSD claims are often challenging for the attorneys to establish that the accident caused harm to the complainant.

A broken bone would be reflected in an x-ray but not a smashed mind. This makes a post-traumatic stress disorder claim a risky affair. If the proof does not back a PTSD claim, don’t bring it up, as it may question the credibility of the plaintiff.

Objective evidence and expert opinion may incontrovertibly confirm the PTSD damages sustained by the plaintiff. The victim should discuss all his emotional distress with the psychologist, which would be marked in his medical records. Later in the claiming process, the medical record review process would help the attorney to establish the arguments.

Consulting an attorney who understands PTSD and its interplay with other conditions is imperative in a PTSD claim. This would help the plaintiff to receive the eligible amount of benefits.