EMT Negligence- Can You Sue the Emergency Medical Technicians? 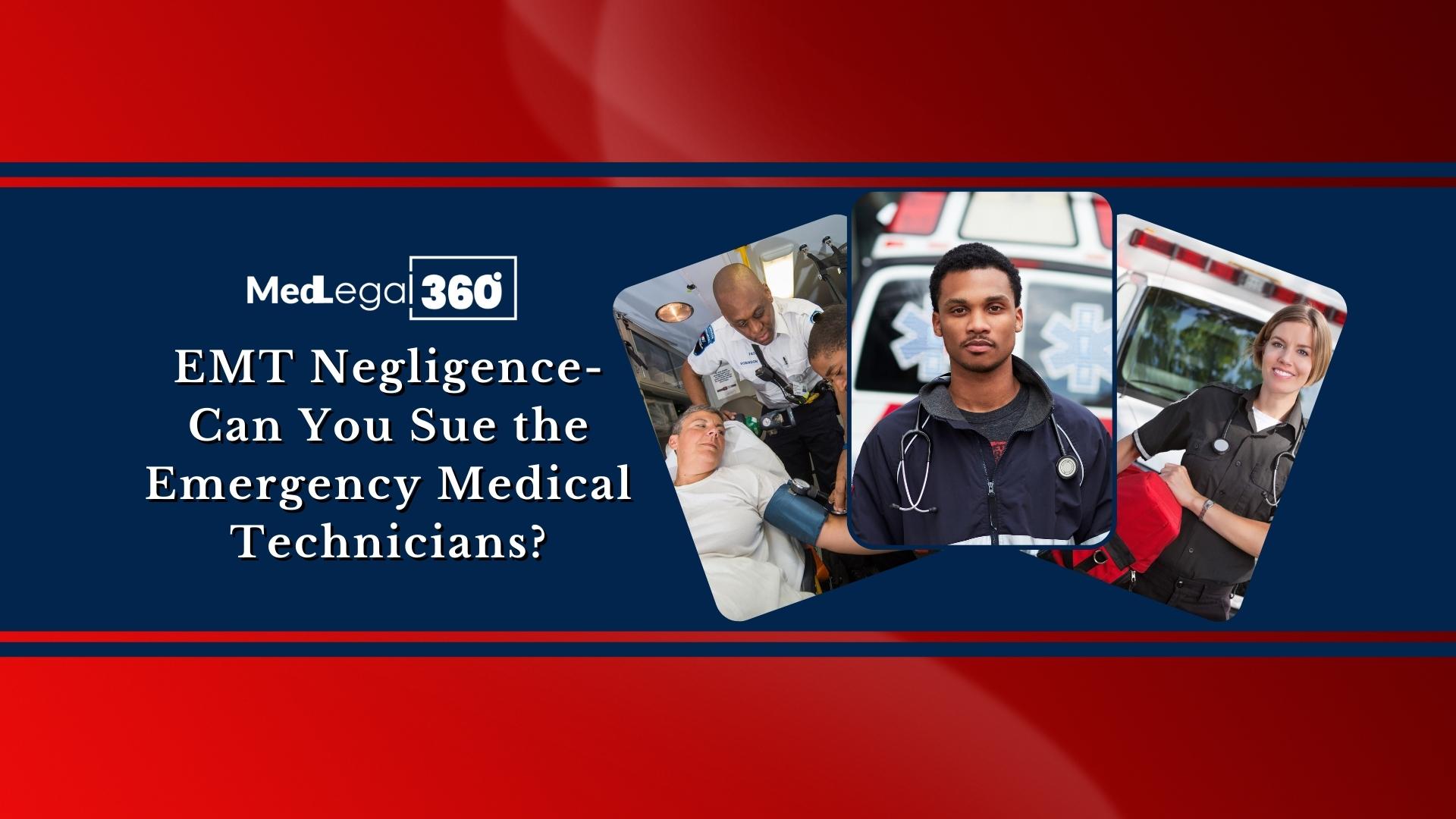 What could be the “golden hour” in your life? Unfortunately, if you get into a motor vehicle crash, the first hour following a collision is referred to as the “golden hour.” As per medical professionals, when an accident victim receives medical attention within 60 minutes of the mishap, the chances of survival are high.

Immediately following an accident, how victims are treated with compassion and competence can significantly impact their life. This blog sails through the guardian angels of accident victims, the EMT professionals, and lawsuits stemming from EMT negligence.

There may be a lot of mess and stressful incidents at an accident scene. With so many individuals involved, accident spots are always chaotic and challenging to protect. Let it be an automobile, airplane, boat, or other type of vehicle crash, emergency medical services (EMS) have several duties at the crash site.

A vital connection between the scene of an emergency and the healthcare system is provided by emergency medical technicians.

Despite all the adverse situations, the EMT aims to ensure that the accident victims are given the right first aid and transported for further medical care.

They might uncover the information you are unaware of if you are too traumatized after the accident. Many times, the symptoms of a vehicle accident victim’s injuries don’t manifest for a while, making it difficult to determine whether you were hurt until later, by which time there may have been a treatment gap.

EMTs are well-trained and equipped to stabilize and transfer patients safely in various situations, from routine medical transports and non-emergencies to life-threatening ones. Under the direction of doctors, emergency medical technicians (EMTs) work as a part of an extensive EMS response system.

Unfortunately, there are many instances where paramedics and EMTs act carelessly or negligently while carrying out their tasks and responsibilities. The hectic and demanding atmosphere in which paramedics and EMTs must work fosters negligence, carelessness, and recklessness. Even a seemingly insignificant error or negligence can result in irreparable harm, death, disability, or even life-long suffering.

EMT faults that may be considered negligence include

The EMT must perform their duties with the same degree of caution as a reasonably prudent EMT in that community would typically exercise. Liability will come from failure to comply and may lead to EMT malpractice lawsuits. Under the following situations, plaintiffs in ambulance and paramedic malpractice cases can seek compensation for their losses.

Although the EMT may have experience and understanding of how to treat a patient, they may conduct the procedure poorly or employ improper techniques. The EMT who makes a mistake may be held responsible for any injuries if another EMT on the spot can perform the task more effectively.

A medical malpractice lawsuit may also be brought about by intentional injury to the patient. It might be possible to make a legitimate claim if the EMT refused to treat the patient in an emergency for discriminatory grounds.

To file an EMT malpractice claim, you must demonstrate that an emergency medical technician’s gross negligence led to your injuries or the loss of a loved one. Due to the requirement that the injured party prove that the EMT could provide the care required but purposefully chose not to, suing the professional becomes substantially more challenging.

To achieve this, you should speak with an EMT negligence attorney specialized in EMT, ambulance & paramedic negligence claims.

The victim should produce evidence like video footage to back up their claim in the court that there has been an intentional injury. State rules designed to safeguard EMT personnel must be considered by the attorney chosen to prosecute the suit.

To secure monetary compensation for the harm, a lawyer must demonstrate negligence against the EMT by building a solid case and providing persuasive evidence.

For a better understanding of EMT negligence, let’s glance at a couple of instances depicting the impact of the negligent EMTs on patients’ lives.

Barbara J. Grimes, aged 67, received dialysis treatment at Fresenius Medical Care in Plymouth on January 31, 2009. Grimes was scheduled to be moved to Plymouth’s Golden Living Center after the therapy. The stretcher EMTs were using to roll Grimes to the ambulance collapsed, then flipped over, causing Grimes to fall and hit her head on the ground.

Grimes experienced a catastrophic brain hemorrhage and passed away four days after being taken off life support. The decedent’s brother, Peter Zacarelli, filed a lawsuit against American Medical Response (AMR) of Massachusetts, Inc. on behalf of Barbara J. Grimes’ estate.

Plaintiff filed claims for faulty supervision and negligent training and claimed a total of $7 to $9 million in damages. Zacarelli requested non-economic wrongful death damages along with the decedent’s two other next of kin, sisters Patricia Zacarelli and Sheila Cefaratti.

The jury determined that the defendant was negligent and awarded the plaintiff $1.5 million in total damages, including $75,000 in wrongful death and $1,425,000 in damages for the decedent’s conscious agony and suffering.

A healthy ten-year-old girl suffered from febrile seizures that were brought on by a high fever. The parents requested an ambulance to come to their home by dialing 911. The ambulance was late responding by thirteen minutes because it got lost on the way to the house.

The child was diagnosed as hypoxic and had a blood oxygen saturation of 78%. The ambulance crew placed the child inside and drove off to the hospital. The medical control officer at the hospital gave the staff the go-ahead to administer Valium to the kid in trying to stop her convulsions and restore normal breathing while they were in transit.

At that point, the paramedic discovered he had forgotten the key to the locked narcotics cabinet and could not get the required medication. A second ambulance was sent to the initial ambulance station to pick up the drug’s key and detain the first team as they were making their way to the hospital. The forgotten key to the drug cabinet caused an additional 10-minute delay in the Valium delivery.

She had been without oxygen for around 40 minutes by the time the youngster got to the hospital. She eventually had a severe brain injury, according to the diagnosis.

Due to oxygen depletion and brain damage, the child developed spastic quadriplegia and was wheelchair-bound and gastrostomy tube-fed for the rest of her life. The irresponsible paramedic was found to have allegedly tampered several significant facts in the ambulance report, which was identified during the parents’ EMT negligence lawsuit. At mediation, the claim was resolved for $10,200,000.

Are EMTs immune to negligence claims?

EMTs in many states of the United States have some protection from lawsuits alleging medical negligence. If the EMTs do their work appropriately and with all due care, they are generally immune to lawsuits. The element to be established as a defense is that the EMT had treated the patient in good faith.

At the state level, Good Samaritan Law will shield EMTs responding to an emergency medical issue from liability. These acts and rules are in place to ensure that someone can appropriately provide medical and emergency aid without worrying about legal issues.

Unless they are irresponsible or deliberately seeking to hurt the person, EMTs often do not need to worry about the prospect of a lawsuit, thanks to laws like the Federal Volunteer Protection Act and federal government immunity.

Emergency response teams employed by government organizations enjoy sovereign immunity because they work for the government, which protects them from most legal actions. However, if necessary, the government may waive this immunity from lawsuits.

This law provides immunity to these professionals in order to protect them from unnecessary allegations, as accident cases are unpredictable and not alike.

However, it doesn’t ignore the willful or intentional negligence of EMTs. If an EMT negligently breaches his duty, harming a patient, they may be liable for negligence. This implies that when the EMT behaves irresponsibly while assisting the patient or amid an emergency, the victim may sue the EMT.

What are the situations where you cannot sue an EMT?

Let’s discuss paramedic and EMT negligence cases with some examples.

When an injury occurs to the patient when the EMT attempts to detain a hostile patient, the victim or his legal representatives cannot sue the EMT. On the other hand, if the patient is injured due to the negligent care of the EMT, he can be held liable.

In some states like New York, workers are carrying out a governmental obligation when a municipality dispatches an EMT ambulance in response to a 911 call. Therefore, they are immune from liability unless they owe a special responsibility to the injured party.

EMTs and paramedics are very skilled at administering first aid and providing prompt medical care in critical situations. They frequently find themselves in the position of having to determine the cause of and begin treating a variety of ailments without having the full benefit of a doctor’s or nurse’s training.

However, they are not medical professionals like nurses or doctors and may negligently deal with certain situations, tolling the patient’s life. It is crucial to seek legal counsel for guidance in EMT negligence lawsuits to know more about the legal restrictions to sue these professionals.

1/5 EMTs are well-trained and equipped to stabilize and transfer patients safely after an accident.
Emergency Medical Technicians work as a part of an extensive EMS response system.#emtnegligence #emtnegligencelawsuits #medlegal360 pic.twitter.com/7EdahnTc3I 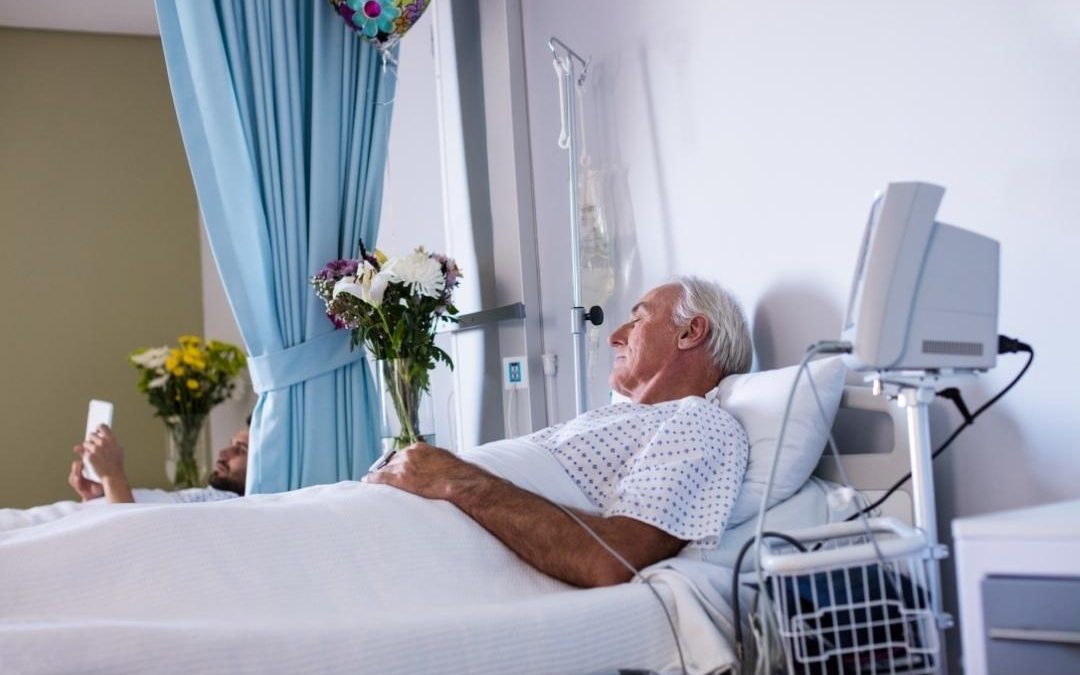 Can you sue for a hospital-acquired infection? 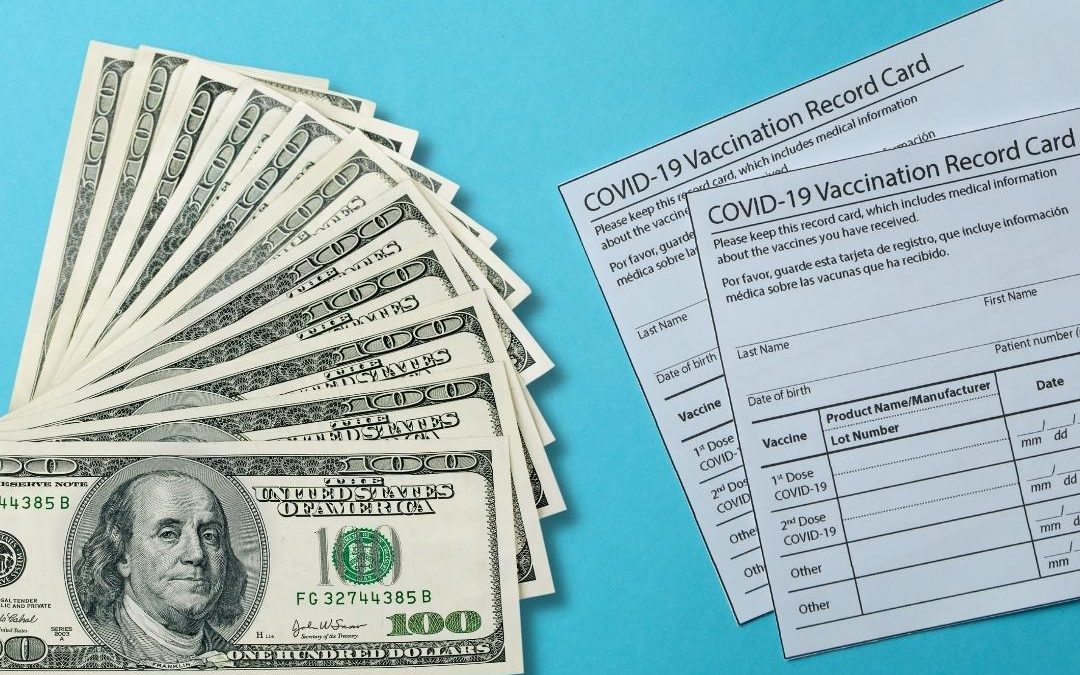 Forging vaccination cards: How illegal it is