Claiming T-bone Accident – How Can You Prove Negligence? 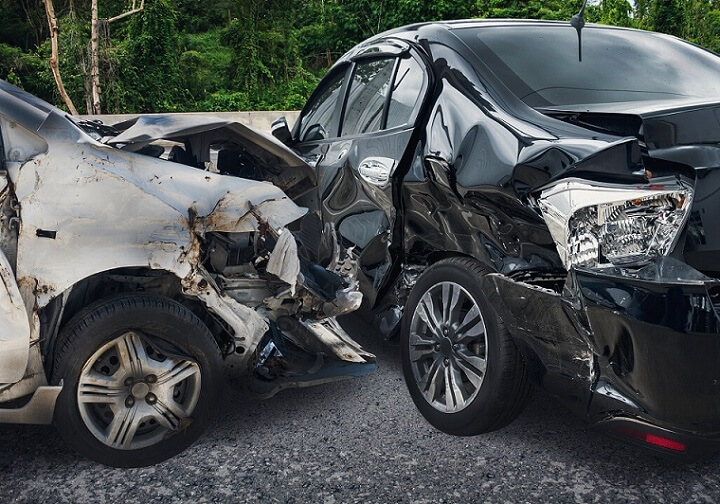 Accidents that result in death are a nightmare for drivers. A T-bone accident is the deadliest of all collisions since the occupant or driver has less chance to shield himself from the impact. In 2019, around 36,000 Americans lost their precious lives in motor vehicle accidents. According to National Transportation Highway Safety Administration (NHTSA), around 8000 people die per year in T-bone accidents.

What is a T-bone accident?

A T-bone accident, also known as a broadside impact, occurs when one vehicle collides with the broadside of another vehicle in the shape of a ‘T’. Usually, side impacts occur in or around intersections or crossroads, multi-lane highways, and signals when drivers deny the right of the way of other users.

Let’s have a look at the multiple factors that decide the cause of T bone car accidents.

In mild and low-speed impacts the following injuries can occur:

High-speed collisions can result in grave injuries such as:

If you are involved in a T-bone collision, contact an experienced T-bone accident lawyer to know how to proceed with your claim. Knowing the statute of limitations to file the claim differs based on each state. For example, in California, the time limit to pursue a personal injury lawsuit is two years. In Tennessee, the time limit is only a year. You need to file the litigation within the time limit. Claiming later than the time limit will raise questions over the credibility of your claim.

Who all are at fault in a T-bone accident?

When multiple vehicles are involved in an accident, determining liability becomes more difficult. We need to investigate the specifics to determine who can be held accountable.

How can you prove liability in T-bone car accidents?

Proving liability becomes a tough task when each person involved starts blaming the other. Only based on the statements of the witnesses, the reliability of the statements given by those who are involved in the crash, and various pieces of evidence available, the liability can be determined.

You should do the following to strengthen your claim if you plan to sue for your injuries.

If you have sustained injuries from a detrimental T-bone accident, you may not be able to return to work for a long time depending on the severity of the injuries. Some may be disabled temporarily or permanently, which in turn adds more burden to the emotional distress already they undergo.

To relieve yourself of the financial burden, you can claim the following damages.

Traditionally, courts applied classical negligence, which said that if the plaintiff contributed to the accident in any way, he could not recover any damages. It was later altered, and the amount of compensation received by the plaintiffs varied based on the degree of fault on his part. The following are the many categories of negligence that the court considers.

In a T-bone crash that killed the driver and fatally injured a passenger, the attorneys have finally successfully secured a $100,000 as t bone car accident settlement in December 2022.

In another T boned car crash, where the plaintiff’s van was crashed by a drunken driver of a car, the attorneys were able to obtain $392,805 as a T bone accident settlement in November 2022. The plaintiff had undergone a right shoulder SLAP labral repair and some steroid injections for his injuries and exacerbation of his pre-existing conditions.

If injured in a T-bone accident, never delay the medical evaluation. Try to collate all the possible pieces of evidence and contact a well-experienced T-bone accident attorney. The assistance of a competent t bone accident lawyer can help you receive your deserved restitution without much difficulty. Depending on the state and your degree of negligence, you will be able to get the t-bone car accident settlement you deserve.