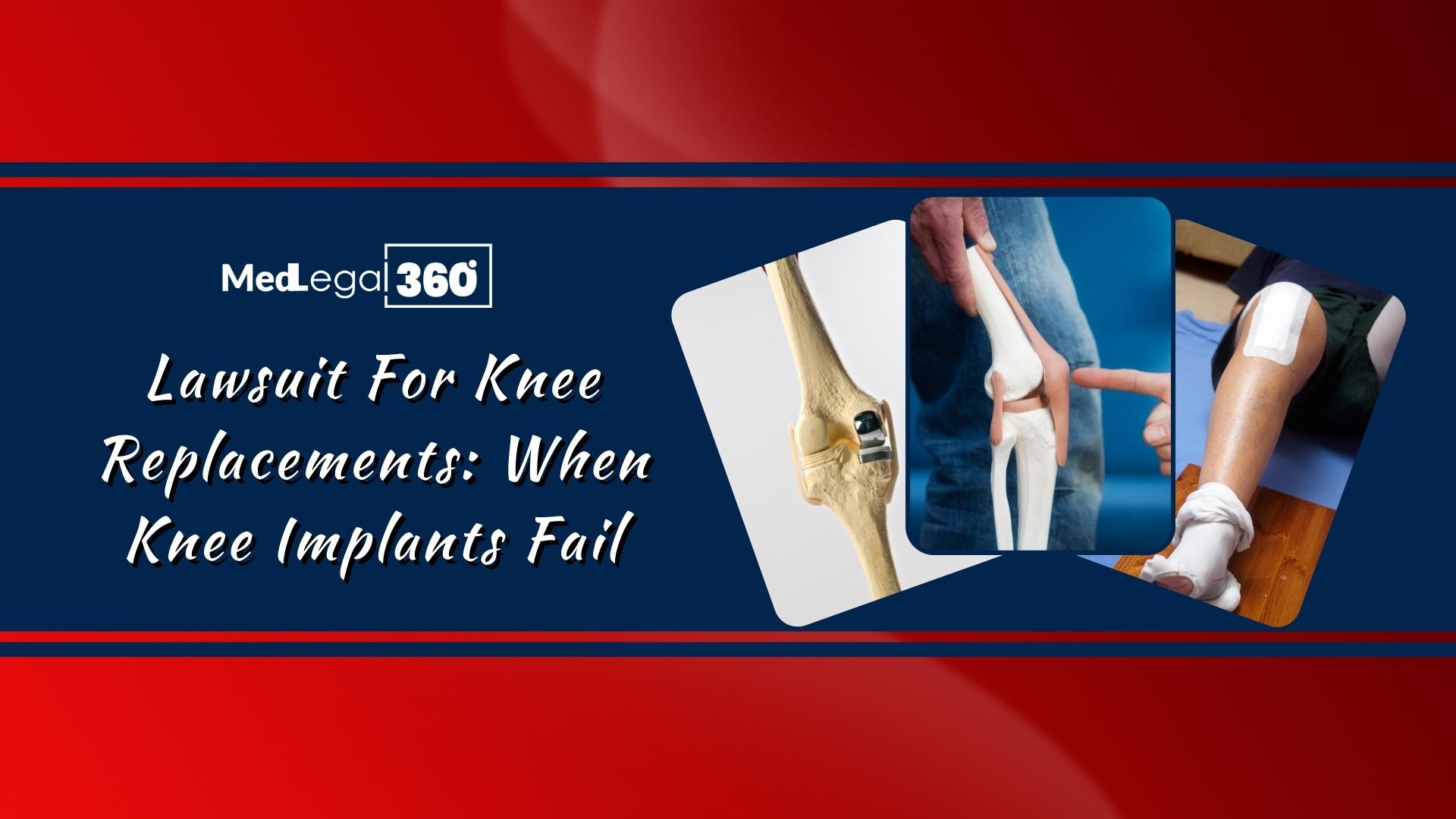 Over 800,000 knee replacement procedures are carried out annually in the United States. While most surgeries are successful, many individuals have adverse side effects from artificial knee replacement joints.

Surgery for a knee replacement is often done to treat severe arthritis-related knee discomfort. Depending on the injury to your knee, the procedure may involve a partial or complete knee replacement.

On the advice of their doctors and the device makers, many patients had implantation treatments, figuring their device was secure. They are now suing for damages after suffering injuries due to knee replacement surgery. Hundreds or perhaps thousands of people who were injured by knee joint and liner device makers may file a lawsuit for knee replacements against them.

Knee replacement systems aim to increase patients’ mobility and quality of life after an injury or when their knees have worn out from use or aging. While most patients may find pain alleviation and more mobility, some have suffered from substantial side effects.

One of the most common adverse effects of total knee replacement surgery is loosening. To repair it, patients typically require revision surgery. The reasons for loosening might vary. One of the most likely reasons is infection.

Are Knee Replacement Devices for Prolonged Use?

Unfortunately, many people with artificial joints discover knee replacement surgery sometimes does more harm than good. The age range of 45 to 65 has seen the most significant growth in the number of knee replacement surgeries conducted each year. However, most joint replacement devices were developed for older individuals and only had a short lifespan.

Most knee devices on the market were never evaluated for long-term usage and were not designed to be utilized for patients who still had several decades of mobility. They did not even test some of the devices already in use; instead, they were approved quickly, saving manufacturers the expense of extensive testing.

One study found that 36% of Zimmer implants were loose within two years of surgery, indicating that the implants have a significant failure risk. As a result of this looseness, knee replacement revision surgery may be necessary.

A Recall of Knee Replacement Devices

Over the years, a lot of knee implant devices have been recalled. Device loosening and packaging flaws are a few of the causes, and the latter may be why you were unaware of a particular recall. The Food and Drug Administration could have started the recall, but it’s far more common for a corporation to recall its product for a specific reason.

The following firms have needed to wrest a product back from public trade in several situations:

According to a review of the U.S. Food and Drug Administration website, between 2015 and 2017, over 200,000 artificial knee joint systems and components were recalled, and the frequency of recalls has not dropped. Each year, thousands of patients suffer injuries as a result of these failures or faults that cause recalls.

Design or manufacturing issues are at the core of lawsuit for knee replacements. The U.S. Food and Drug Administration maintains a database of medical device recalls. The agency’s database shows that between 2003 and 2019, there were around 1,300 recalls on knee replacement systems or components.

DePuy Synthes recalled 277 knee implant devices and parts between 2002 and 2013. Four recalls were classified as Class I, implying a reasonable probability that consuming the product might result in serious adverse health effects or death.

DePuy also issued Class II recall for about 3,400 units in 2015 when it found that a tiny wire spring coil known as the Bal seal might come loose, penetrate the surgical site, and remain inside the patient without the surgeon’s awareness.

In December 2010, the FDA granted DePuy approval for Attune. Injuries brought on by the DePuy Attune knee device led to the filing of the first DePuy lawsuit for knee replacements in 2017. There have been further instances, including many DePuy Sigma knee replacement lawsuits. The Sigma and Attune knee devices are anticipated to result in hundreds, maybe thousands, of lawsuits against DePuy and parent firm Johnson & Johnson.

Exactech’s recalled knee and ankle implant systems have been the subject of 39 additional civil cases brought against the company in federal courts nationwide since the knee replacement recall 2022.

Exactech has recalled over 185,000 devices since 2021, with the most recent recall being announced on August 11th, 2022. Knee surgery patients with failed Exactech knee implants who now require revision surgery may be able to file a lawsuit.

The frequency of new Exactech defective knee and ankle replacement lawsuits has sharply increased with the impending filing of a new class action MDL. 38 further product liability lawsuits were brought against Exactech in federal courts as of June 1st, 2022. Many of these brand-new claims are being carried by coalitions of numerous plaintiffs.

The FDA reported in March 2015 that Zimmer knee replacements may be defective and need extra surgery if they do not work. The FDA even went far as to issue a recall that affected over 12,000 patient implants of artificial knees and advised physicians to get rid of any Zimmer Persona knees, they may have on hand.

Class action lawsuit against Zimmer knee replacement commonly alleges that the devices were loose or unstable and needed to be replaced. More than 1,700 lawsuits have been filed against Zimmer Biomet over their NexGen implant.

Defective products are nothing new for Zimmer Biomet. Due to faulty components that resulted in patient injuries, the business has settled claims for close to $100 million since 2003. The device industry behemoth spent $56 million in 2012 to resolve allegations that its devices were defective.

Why are People Filing Lawsuit for Knee Replacements?

Thousands of knee replacement cases have been filed against device manufacturers, including DePuy, Stryker, Zimmer, Exactech, and others, for injuries brought on by their implants.

Most knee replacement lawsuits entail a problem that is so severe that surgery is required to address it. People who bring a lawsuit for knee replacements have either undergone revision surgery to remove a defective knee implant or scheduled surgery.

Serious complications often indicate that your knee implant is no longer performing as intended. Or the issues can even be dangerous to your health and well-being. These issues may arise from several flaws in the development or production of your knee replacement.

A $1 billion payout made in 2002 was one of the largest settlements involving knee replacements. Regarding its hip and knee implants, Sulzer Medica consented to pay $1 billion to resolve almost 4,000 lawsuits.

In 2001, the Swiss firm recalled 25,000 joint implants after 200 customers complained about product problems. At least 17,000 individuals, according to the business, have already gotten the compromised implants. Ninety percent of the patients were from the United States.

The firm discovered that the implants had been covered in an oily residue when the parts were delivered. It made the devices less likely to stick to the bone, allowing them to release. According to the Wall Street Journal, 561 people with Sulzer’s knees had to have their knees replaced by the settlement.

Following the recall, Sulzer changed its name to Centerpulse. Zimmer purchased it in 2003 for $3.2 billion. According to attorneys, the Exactech knee recall lawsuit might result in knee replacement lawsuit settlements or judgments of between $70,000 and $400,000.

What were the Damages Recovered Against a Lawsuit for Knee Replacements?

Lawsuits for knee replacements seek to have the manufacturer cover the cost of revision surgery and associated medical costs. Medical implants and device manufacturers may be held liable for the harm those implants and equipment bring.

However, they also demand that the makers repay missed income while patients recuperate from revision surgery and any additional damages sustained due to the defective implant.

Those who have had severe side effects or problems brought on by accident caused by a medical device, such as a knee replacement implant, or the family members of those who have, may be qualified for reimbursement to offset medical expenses, lost income, and pain and suffering.

When it can be shown that a firm was aware of the hazards or flaws in its products but chose to sell them, victims may also be entitled to punitive damages. Medical record review is an important procedure that helps attorneys make legal claims regarding patients’ medical treatment by reviewing their medical records. LezDo techmed provides a variety of medical record review services.

Coming to an end,

If you delay, you risk losing your right to pursue a lawsuit for knee replacements. Each state offers different filing timelines depending on when you first noticed the symptoms of your lousy knee replacement. What do we suggest? Consult an attorney as soon as you can. They can assist you in compiling your experience and comparing it to the requirements of your particular state to see whether you qualify.

1/5 Are you familiar with knee implant devices?
Most knee devices on the market were never evaluated for long-term usage.#lawsuitsforkneereplacements #failedkneereplacements #productliability pic.twitter.com/V74YguL7Eh 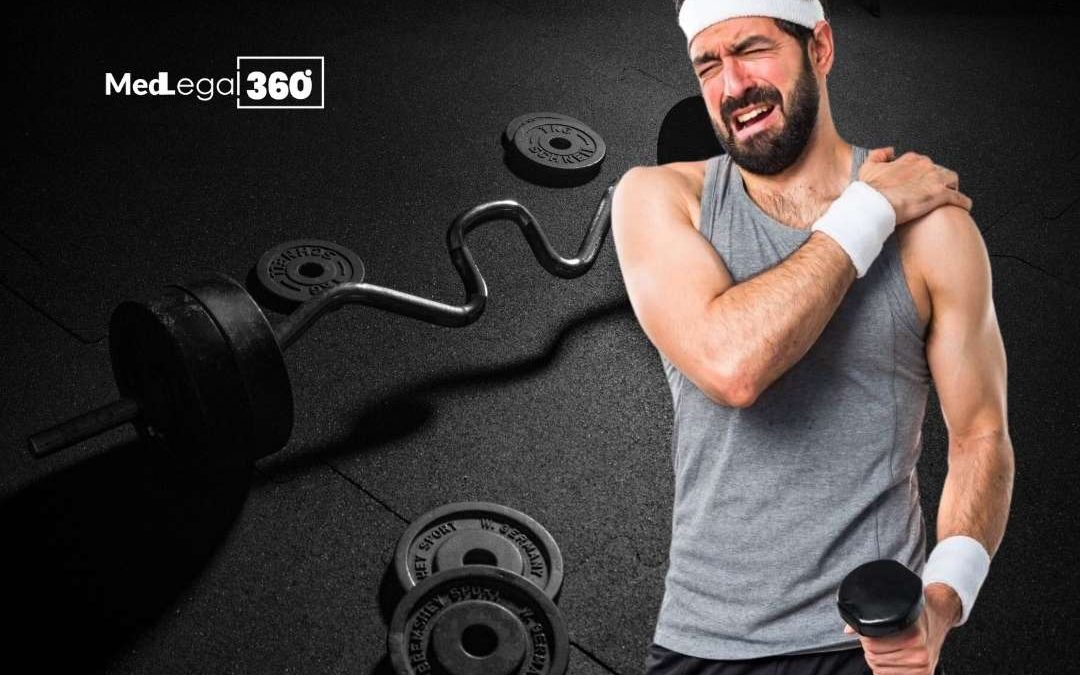 Faulty exercise equipment in Gym: Can you sue?

If you are injured in a gym, you may be able to seek compensation from the gym’s owner or operator if their negligence contributed to your injury. Gym injury claims, for example, could be based on damaged equipment or poor instructions from a personal trainer. #exerciseequipmentingym #gymequipmentinjury #faultygymequipmentlawsuit