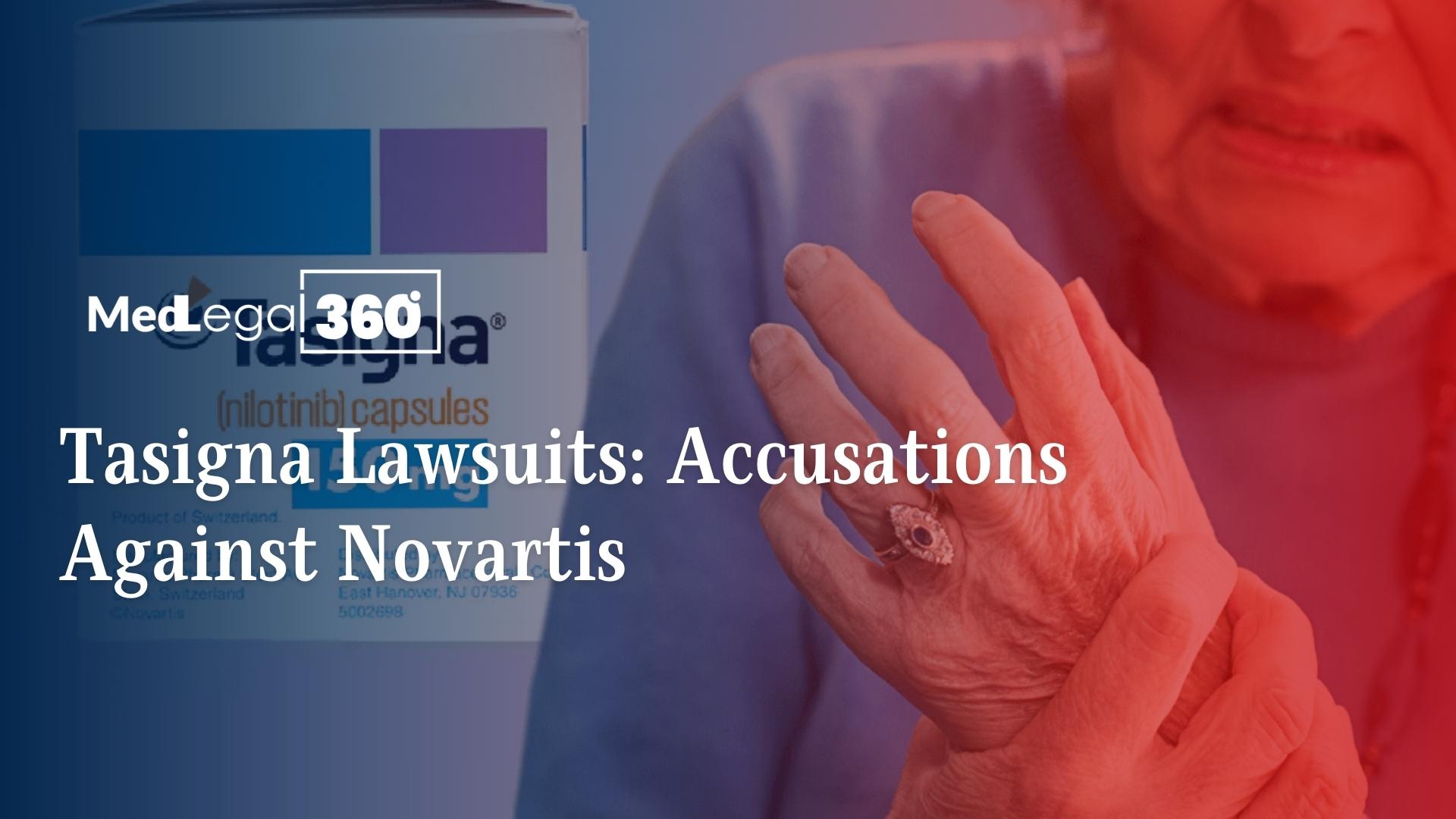 We anticipate that when a doctor recommends a drug for us, it will improve our health rather than cause us damage. Such was the situation with the leukemia therapy medication Tasigna. The producer of this medication failed to inform doctors and their patients of the connection between this medication and atherosclerosis, artery disease, and strokes. Check out the blog for additional details about Tasigna lawsuits.

The multinational Swiss pharmaceutical company Novartis developed the drug to replace its cancer treatment Gleevec. The U.S. Food and Drug Administration formally approved Tasigna in 2007 under the brand name nilotinib.

After Tasigna was first made available in the United States in 2007, a constant trickle of data showed that some individuals were experiencing the drug’s potentially fatal adverse effects on the arteries and cardiovascular system.

Novartis is dealing with a flurry of Tasigna lawsuits from those who think the company was aware of Tasigna’s risks for atherosclerosis but failed to notify Americans. Notably, it was noted that a certain proportion of Tasigna users experienced accelerated atherosclerosis.

Atherosclerosis is a disorder that prevents blood from flowing freely by causing plaques of fatty deposits to accumulate on an artery’s inner wall. If the blockage is not addressed, atherosclerosis can result in coronary artery disease, peripheral arterial disease, blood clots, heart attacks, or strokes.

Since 2013, when a warning label alerting patients to Tasigna’s link to atherosclerosis was added to its packaging, Canada has acknowledged this severe adverse effect. After Canadian health regulators warned that 277 cases of atherosclerosis might have been reported globally between 2005 and 2013, the label was altered.

What are the Other Side Effects of Tasigna?

The FDA has also identified the following Tasigna side effects as being extremely serious:

One of the earliest significant studies connecting Tasigna to atherosclerosis, published in 2011, discovered that 25% of individuals using the medication suffered cardiovascular events, and 16% acquired peripheral artery disease.

Two years later, 11 further studies were published, including one by the FDA that revealed a “strong link” between peripheral artery occlusive disease and the drug Tasigna.

Tasigna was found to be linked to accelerated atherosclerosis in later analyses. One of the primary causes of the Tasigna lawsuits patients bring against Novartis is this danger.

Anyone who has experienced Tasigna atherosclerosis and its side effects, such as peripheral arterial disease, limb amputation, and other cardiovascular issues, may be eligible to file a Tasigna lawsuit to seek compensation for their losses.

What Claims are Made Against Novartis in Tasigna Lawsuits?

As you may anticipate, Tasigna-treated CML patients who develop atherosclerosis often pass away. The families of those victims have filed wrongful death claims against Novartis.

In March 2016, the family of a California man who had passed away from atherosclerosis-related symptoms decided to sue Novartis, claiming that the drug maker’s Tasigna U.S. labeling failed to inform patients about potential side effects adequately.

After being prescribed Tasigna in 2012, the man allegedly exhibited atherosclerotic symptoms by September of the following year. He developed peripheral artery disease due to the disorder, which resulted in 90 to 100 percent arterial blockages in his legs. Sadly, he passed away in March 2014 from atherosclerosis-related complications.

The Tasigna lawsuits state that Tasigna was administered to treat the man’s leukemia after a diagnosis. He acquired complications linked to atherosclerosis and passed away. For instance, the family of a CML patient who passed away after receiving Tasigna treatment filed a wrongful death action against Novartis in 2016.

Neither American doctors nor the general public received any caution from Novartis. The Tasigna atherosclerosis lawsuit claims that Novartis failed to adequately disclose the risks associated with arteriosclerosis on the Tasigna label in the United States.

The deliberate omission of Novartis to alert physicians and patients in the United States to the high risks of atherosclerosis-related diseases while using Tasigna was a component of an aggressive marketing campaign to promote Tasigna over rival TKI medications.

According to the California man’s family, Novartis authorities were aware of the danger of atherosclerosis by at least 2011, yet they chose not to inform the public.

The risk of acute atherosclerosis linked to Tasigna appears to have been willfully withheld by Novartis from physicians and patients in the United States. Evidence supports the claim that Novartis knew about atherosclerosis related to Tasigna at least as early as 2010 and maybe before, yet did nothing about it.

Therefore, anyone who takes the medication and experiences acute atherosclerosis or a similar cardiovascular ailment may be eligible to pursue legal action against Novartis for monetary damages for their losses, especially if they have drug-triggered heart disease’s rapid onset.

Numerous Tasigna legal actions have already been brought against Novartis. The claimants in these claims contend that Novartis knew there was a connection between Tasigna and acute atherosclerosis but purposefully kept this information from the public to increase profits.

As additional medicine users experience adverse health effects, hundreds or perhaps thousands more Tasigna lawsuits may be filed over the coming years. The Tasigna lawsuits will continue through a combined discovery procedure, similar to most consolidated mass torts involving harmful goods or medications.

Tasigna lawsuit 2021: The federal court-pending Tasigna lawsuits were moved into a newly formed Tasigna MDL “class-action” at the beginning of August 2021. 18 Tasigna cases are still active in multidistrict litigation as of 2021. However, some 150 Tasigna lawsuits have been brought nationwide by victims and their loved ones.

Tasigna lawsuit update 2022: As of September 2022, there are now just 32 Tasigna lawsuits active in the class action. More cases are still ongoing in New Jersey state court. There aren’t many lawsuits in this dispute, despite that.

Users of Tasigna who experienced vascular damage as a result of this unreported adverse effect may be eligible to receive financial compensation for their losses. Numerous Tasigna lawsuits have already been filed against Novartis, and a new “class-action” MDL has been established to combine the Tasigna lawsuits.

Is There a Black Box Warning for Tasigna?

Yes. The FDA has mandated that “black box” or “boxed statement” warnings on the possibility of significant cardiac side effects be present in all Tasigna prescribing material. The black box warning label on the prescription cancer medication Tasigna alerts users to the possibility of a severe disease characterized by an erratic heartbeat.

Tasigna does not come with any warnings concerning the potential acute atherosclerosis, which is known to connect to the medication. The National Library of Medicine updated the TASIGNA-nilotinib capsule warning page with the following information on April 13, 2022: Warning:

The medicine Tasigna from Novartis was allegedly marketed in Canada with minimal warnings, even though the label has long since highlighted particular cardiovascular adverse effects. As a result, it is claimed that certain patients in the U.S. have experienced cardiac or circulation issues, including but not limited to difficulties like blocked arteries, heart attacks, or strokes, without prior notice.

Tasigna hasn’t been pulled off the market by the FDA despite warnings about its associations with atherosclerosis. The medication is still marketed to Americans with CML and continues to be recommended by doctors in the U.S.

The FDA Issues a Facebook Marketing Warning for Tasigna

In 2010, the FDA issued a warning letter to Novartis, stating that the pharmaceutical company’s Tasigna Facebook advertising had breached the FDA’s guidelines regulating the use of social media for medication promotion. It was the FDA’s first warning letter of its sort.

The FDA claims that the concerned advertising erroneously conveyed that Tasigna was an effective therapy for all kinds of CML, failed to appropriately notify readers of the dangers associated with using Tasigna, and stated that Tasigna was more successful than comparable medications.

Additionally, according to the FDA warning letter, Novartis did not submit their advertisement for approval as required by law before running them on Facebook.

Several people have previously filed wrongful death lawsuits against Novartis, and the company has agreed to settle for an unknown sum of money. The number of compensation plaintiffs may get from the Novartis CML Tasigna lawsuits is now simply a matter of conjecture.

It will probably depend on the specifics of each Tasigna lawsuit and the degree of carelessness that Novartis has been shown to have committed. Novartis confirmed a $390 million settlement with the United States in 2015.

The Department of Justice sued the corporation over state and federal government claims that it had exaggerated the advantages of several of its pharmaceutical medicines, including Tasigna.

The corporation allegedly scammed the Medicare and Medicaid programs by paying unlawful bribes to specialty pharmacies to get them to suggest its medications to patients, according to a whistleblower complaint made by a former Novartis sales manager.

What Sort of Compensation is Available in Tasigna Lawsuits?

It might be challenging to estimate how much your Tasigna injury claim might be worth because the Tasigna litigation is still in its early stages, and there have only been a few lawsuits filed thus far. The amount that you or your family could be awarded as part of a Tasigna settlement or judgment varies based on the specifics of your case because every individual case is different.

In Tasigna lawsuits, plaintiffs typically seek both monetary and non-monetary damages for their losses, such as.

Giant pharmaceutical corporations frequently only inform customers of medical hazards when compelled to do so, which is unfortunate. One of the top 10 cancer medications in the world, Tasigna, had sales of more than $1.7 billion in just 2016 alone. A single customer may hold a substantial multinational firm responsible for consumer safety only by filing a lawsuit.

What are the Accusations Against Novartis?

According to reports, Novartis knew about the connection between Tasigna and atherosclerosis as early as 2011, when a study published in the American Journal of Hematology found a risk of “rapidly progressive peripheral arterial occlusive disease during treatment with nilotinib.”

However, the company took no action to alert patients or medical professionals to this risk, allowing thousands of cancer patients to continue taking the medication in the hope that it would improve their health. Many Tasigna users are still ignorant of the possible connection between leukemia medication and adverse effects like atherosclerosis, which can be fatal.

So, what exactly is Novartis accused of? Tasigna can have specific adverse effects, which the firm has not kept confidential.

Who is Eligible to File Tasigna Lawsuits?

You may be eligible to sue Novartis and get monetary compensation for your injuries if you took Tasigna and experienced adverse cardiovascular events. Anyone who has taken Tasigna to treat leukemia and afterward experienced acute atherosclerosis or any of the following associated conditions is presently eligible to file a Tasigna lawsuit:

The side effects listed in the Tasigna lawsuits are distinct from any possible cancer-related occurrences and are brought using Tasigna. If you or a family member used Tasigna and developed atherosclerosis or another potentially fatal side effect, speak with knowledgeable Tasigna lawsuit lawyers immediately. LezDo techmed may assist you with the evaluation of medical records, a crucial step in a case.

Pharmaceutical drug-related injuries can have a devastating effect on you and your loved ones. The most crucial thing you can do after experiencing an injury or side effect that you believe was brought on by a defective medication is to speak with a product liability lawyer to learn more about your legal options.