Uninsured Motorists- Know How Risky Their Driving Could Be 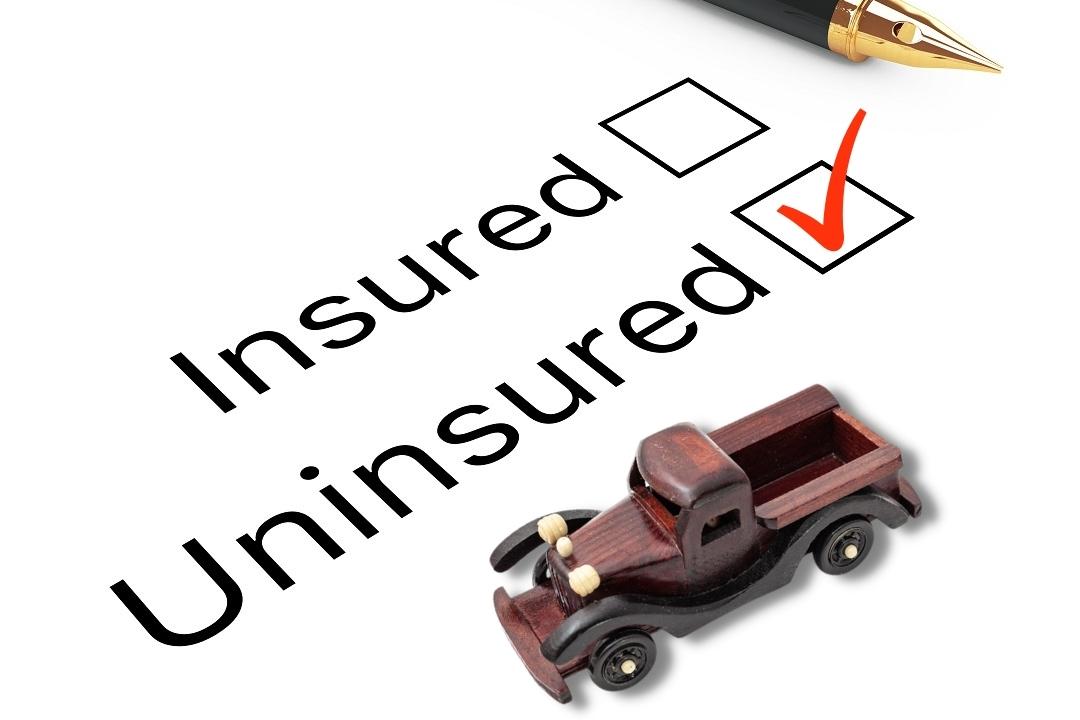 Accidents are always unwelcome surprises. Physical injuries, mental trauma, loss of earnings, and a heap of medical bills would be strong enough to make your life turbulent. Your only hope would be compensating for your damages by filing a personal injury lawsuit. Adding fuel to the fire, what if the other party is an uninsured motorist?

To make it clear, let us check some facts and figures. According to a survey published by the Insurance Research Council in 2021, one out of every eight drivers in the U.S. does not have auto insurance in 2019. In Texas, one out of every five vehicles is uninsured. This indicates that the problem of uninsured motorists is widespread all over the U.S. Elaborating that, let’s now take a dekko at some figures from the table given below. The Source of this data is the survey done by Insurance Research Council in 2019. 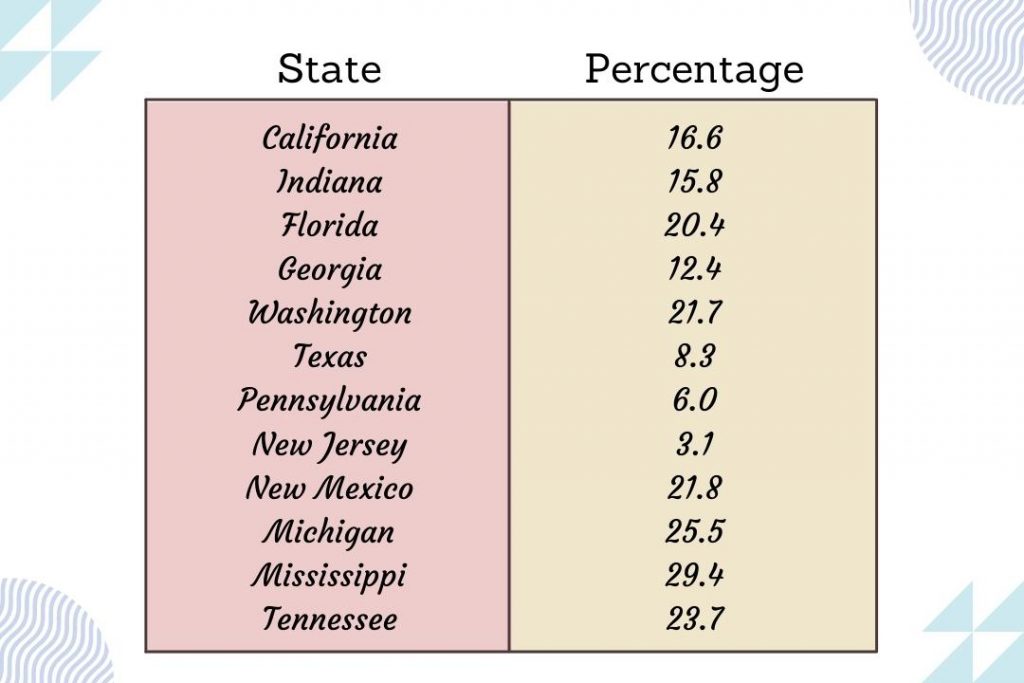 What happens when an uninsured motorist is at fault for an accident?

Claims involving uninsured motorists totaled $2.6 billion in 2012, a 75 percent rise from the preceding decade. In 2016, insured motorists had paid more than $13 billion towards uninsured motorist coverage- says the Insurance Research Council (IRC). Insurance companies bear most of these costs, which are passed on to insured drivers in the form of higher insurance premium rates. Now you would have got a better view of the scenario.

To know further about uninsured motorists, it is essential to have an idea of two add-on services in auto insurance policies. They are

These two coverage types are related and may be found to overlap with each other.

Uninsured motorist (UM) coverage is a part of a vehicle insurance policy that protects the policyholders in a collision with uninsured drivers. In simple terms, it is an add-on to your auto insurance, covering you from accidents caused by a driver who is not insured. Uninsured motorist (UM) coverage is required in nineteen states and Washington, D.C.

The truth about uninsured motorist coverage is that, if the at-fault driver involved in your accident is uninsured, lacking of an Uninsured motorist (UM) coverage may end up meeting all your medical expenses and bills from your pocket. Having this feature in your auto insurance policy would help you manage the financial burden of an accident.

Uninsured motorist coverage would cover the following damages due to an accident.

There are four types of coverage under uninsured motorist coverage. They are

When you are involved in an accident caused by an at-fault driver whose liability limits are insufficient to cover your medical expenses, underinsured motorist coverage kicks in. The at-fault driver’s insurance will typically cover all damages up to his auto insurance policy limits. If the at-fault party’s policy has a limit that is less than the value of the damages, the injured party’s underinsured motorist coverage will cover the difference.

A hit-and-run is an accident in which the at-fault motorist purposely flees the crash scene without leaving contact information or stopping to assist the victim who has been hurt in the collision. The relationship between a hit-and-run and our matter of discussion is that it is covered by uninsured motorists.

The intricacy of a hit-and-run is that it is impossible to spot the at-fault driver most of the time. In that case, you will file a claim against your own insurance company through the possibility of uninsured motorist coverage. Keep in mind that the insurance company’s liability will be restricted by the amount of uninsured motorist policy you have acquired. If you cannot settle your claim, you may have to file a lawsuit against them.

Penalties for uninsured motorists may vary from state to state. Fines, imprisonment, suspension of registration, and suspension of license are typical penalties. Three chances are given to uninsured drivers, and the penalties may vary accordingly.

Fines for uninsured motorists range from $30 like in Florida and may extend up to $5,000 like that in West Virginia. Jail time given is 10 days in some states like Montana which may extend up to one year like that in Georgia. Suspension of registration and license is common for all states.

Having discussed the details of penalties and legal consequences of being uninsured motorists in the U.S, let us get to learn about some exceptions. If you can show proof of financial responsibility, you may be able to avoid having to get auto insurance in Virginia and New Hampshire. It means that uninsured motorists from low-income households are not considered illegal under the law. In Virginia, car insurance is not mandatory, and a penalty of $500 is charged as an uninsured motorist fee in the state.

The expense of an accident while driving uninsured can be substantially higher. Uninsured motorists who harm or kill other drivers may face hefty penalties, SR-22 requirements, and prison time. The penalty is different for each state in the United States.

If the victim does not have uninsured motorist insurance, personal injury protection, or collision coverage, an accident could quickly cost tens of thousands of dollars in terms of vehicle repair and medical expenses. If the uninsured driver is at fault, he would be liable for all those expenses. The other driver may file a personal injury lawsuit against him which would cost tens or hundreds of thousands of dollars.

In California, a fine amount of $360- $720 would be charged for the uninsured motorist involved in accidents. The license would be suspended for one year, after which it needs to be reinstated, maintaining an SR-22 for three years. The court may also order impoundment of the vehicle, and the uninsured driver would be imposed 100% liability for other the plaintiff’s medical and vehicle expenses.

In New York, a fine of $150–1500 and an additional civil penalty fee of $750 is charged for uninsured motorists causing accidents. License and registration will be revoked, which may be for 1-3 years. Imprisonment of a minimum of 15 days would be given. Under certain circumstances, the court may also order the impoundment of the vehicle.

Consulting an attorney for uninsured motorists would be a wise decision if you are uninsured and at fault for an accident.

Apart from the enormous fines and license suspension, different states have tried various approaches to prevent the alarming increase in the number of uninsured motorists. These steps are intended to encourage and make all drivers to purchase automobile insurance. Some states require drivers to provide proof of insurance when registering their vehicles.

Ten states, including California, Michigan, and Alaska, have enforced “no pay, no play” statutes that limit uninsured motorists from pursuing lawsuits if they are involved in accidents with insured drivers. However, this had only a minor impact on uninsured motorists and insurance rates.

More than half of the states have approved laws and begun designing and implementing online car insurance verification systems to identify uninsured drivers. For instance, in Texas, the Texas Legislature had directed the Texas Department of Insurance to create TexasSure. It maintains a database that links every registered car in the state by license plate, VIN, and liability insurance policy. This permits law enforcement officers to identify and spot uninsured motorists.

Other states had demanded that insurance companies provide data on all insured drivers. This is implemented to find out the uninsured motorists by creating a database of the number of registered vehicles with insurance coverage. However, in some circumstances, states lack the resources necessary to carry out the mandates. They had not given the expected results in reducing the number of uninsured motorists in the country.

Negotiating with your insurance provider may also help you get better car insurance schemes with less financial burden. Another strategy is to reduce the coverage of your auto insurance policy. This would increase the financial risk if you ever meet with an accident. However, many people opt to reduce the policy coverage than being uninsured motorists and facing the legal consequences.

Uninsured motorists can cost you THOUSANDS even if you do everything right! I tell you how you can protect yourself in this video. Are you at risk of losing it all because of an uninsured motorist? pic.twitter.com/gAhEQBc9B7

I hope this blog has helped you understand how critical it is car insurance and the legal aftermath uninsured motorists could face. Purchasing car insurance is essential for your personal safety to keep you, your family, and anybody else in your vehicle safe.