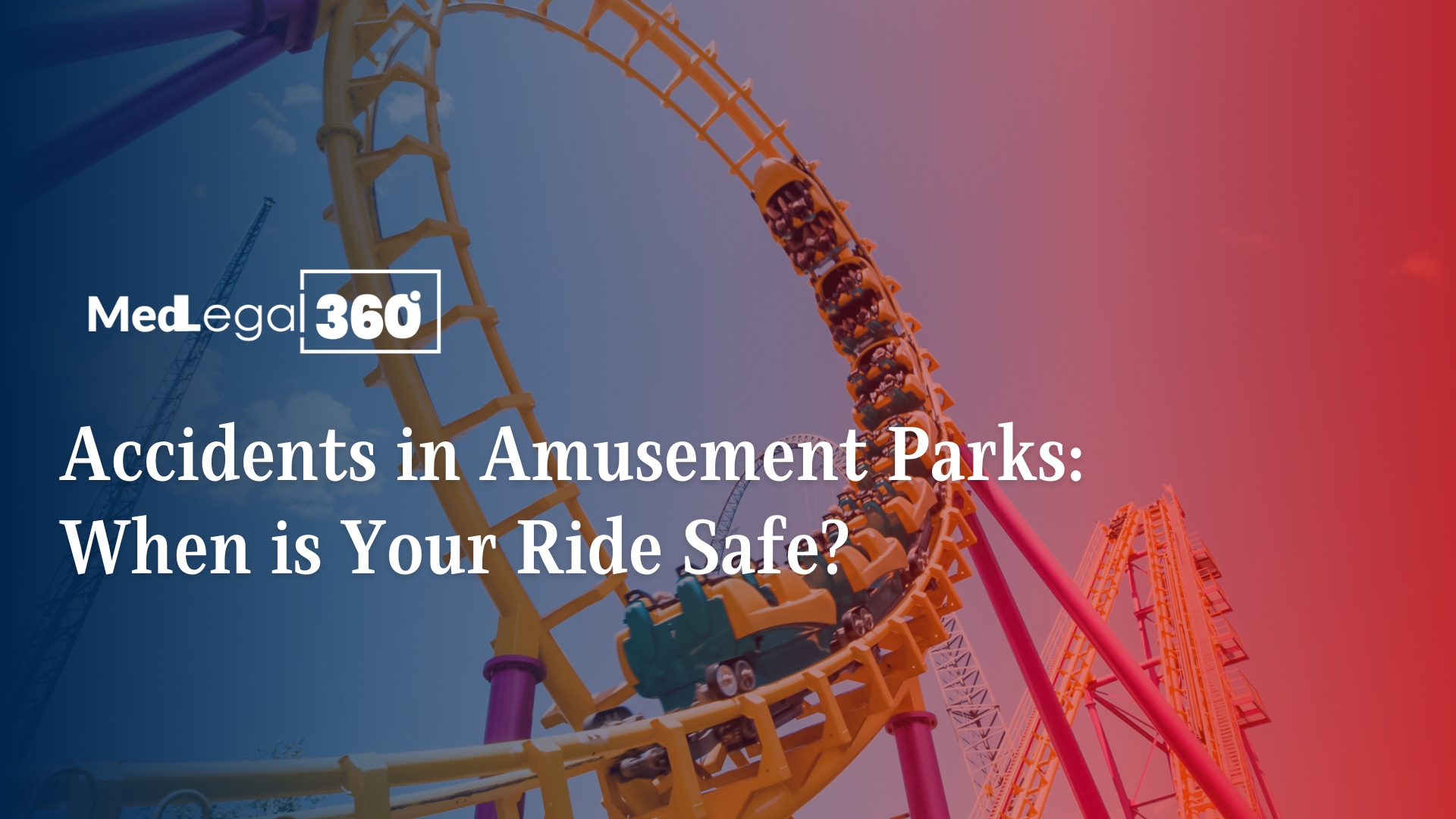 Going to amusement parks or theme parks can be an exciting experience. With such visits and acquired experiences, many people have developed close relationships, consolidated family ties, and preserved good memories. Amusement parks are at the heart of American entertainment. Even in thrilling amusement parks, there is always a danger that something could go wrong.

Ferris wheels and other elevated rides are responsible for 20% of the fatalities. Deaths at amusement parks account for 15% of all injuries.

How Dangerous are Amusement Park Rides?

According to the International Association of Amusement Parks and Attractions (IAAPA), at over 400 fixed-site facilities in North America, more than 385 million visitors safely take more than 1.7 billion rides in a typical year. In a U.S. amusement park, there is a 1 in 15.5 million chance of suffering a severe injury when riding a fixed-site ride.

Even though theme park accidents are rare, the effects on the victims can be catastrophic. Games, attractions, or unkempt park grounds are frequently to blame for amusement park accidents.

CNN reported about 30,000 accidents in amusement parks annually, but a few of them qualify as severe injuries, and even fewer result in fatalities.

What are the Causes of Accidents in Amusement Parks?

Most people go to amusement parks for fun rides, games, and entertaining attractions. Unfortunately, many people are killed or badly injured by broken or malfunctioning amusement rides. The following are some of the causes of accidents in amusement parks:

The ride’s mechanical failure: Accidents on rides resulting from mechanical failures might cause injuries, though they are uncommon. The mechanical and little components that make up a thrill ride involve much work. However, mistakes might occasionally occur, and rides can be rusted or old and worn out. It can be extremely unsafe to have aged, breakable, or potentially detachable parts.

Worker’s fault: The worker operating the ride locks a seatbelt mistakenly or decides to abruptly stop the ride due to lack of attention during loading or unloading or the employee fails to secure the rider.

Disobedience of the passengers: When the rider purposely shakes the vehicle, gets up in the middle of the journey, releases the safety restraints, sits incorrectly, or raises a child above the safety restraint, passengers are considered to be disregarding appropriate safety guidelines and recommendations.

The nature flaw: Even if there is no technical flaw, operational flaw, or user flaw, an amusement park ride may injure a person. For example, Rides can tire you, and if you are not perfectly balanced as you exit, you may slip or fall.

Maintenance flaws: Maintenance can include failing to properly examine rides or taking improper care of the fairgrounds and rides. If a minor problem with a ride is not a major concern, the operator may choose to ignore it rather than report it and have it investigated. These issues arise due to poor upkeep, design, or construction.

What are the Common Injuries that Happen at Amusement Parks?

Some passengers on amusement rides are severely injured when they are flung from their vehicle due to a faulty safety bar or seat belt or when the vehicle separates from the ride due to old or missing fasteners. In certain instances, the rider is killed due to a malfunctioning ride or the owner’s or operator’s negligence.

The most frequent injuries at amusement parks typically involve:

Most passengers had pre-existing health issues that affected their experience, caused them to be hospitalized, and ultimately caused them to pass away.

A 14-year-old boy named Tyre Sampson of Missouri passed away on March 24, 2022, after falling from the Free Fall ride at ICON Park. The boy fell to his death after sliding out of his seat on a ride at an Orlando, Florida, amusement park due to misadjustments made by the attraction’s operator. This incident is one of the recent worst amusement park accidents 2022.

On October 27, 2022, seven persons were admitted to the hospital in Missouri as a result of an incident on a steam train traveling at Silver Dollar City in Branson. At Silver Dollar City, there were injuries to six visitors and one crew member. This is one of the most recent amusement park accidents.

In June 2016, Steve Booher suffered an injury while offloading customers from the Raging River. Four days later, the 68-year-old passed away from brain injuries.

Records show that Adventureland was fined $4,500 by the Iowa Occupational Safety and Health Administration due to his passing. The park settled a wrongful death case filed by Booher’s wife and their children for an unknown sum in December 2020.

In August 2016, Caleb Schwab, the son of a Republican lawmaker, perished on the Verruckt ride at Schlitterbahn Waterpark in Kansas City.

Caleb perished when his raft went into the air over the 50-foot hump of the slide and struck a metal bar holding up an overhead safety net. Minor injuries were sustained by the two women he was riding with. Guinness World Records recognized the 168-foot-tall Verruckt as the largest water slide in the world.

On July 4, 2021, an 11-year-old boy named Michael Jaramillo was killed while riding a water attraction at an amusement park in Iowa because the park’s rides weren’t adequately maintained and fixed, including the Raging River.

The accident that killed Jaramillo also seriously injured their father and hospitalized his 16-year-old brother David for a month. Minor injuries were sustained by their mother, Sabrina, another brother, and a relative. On June 30, 2022, the boy’s family filed a wrongful death lawsuit against the park.

Accidents in amusement parks can be catastrophic and life-altering, and they may result in injuries that are not only difficult to cure but also permanent and crippling. Risks of amusement parks activities are most common.

Owners and operators of amusement parks are responsible for maintaining the security of their facilities, rides, and other visitor attractions. Customers who suffer injuries can hold negligent companies accountable by filing claims.

Who is Responsible for Accidents in Amusement Parks?

The laws of negligence and premises liability will be applied in a connected injury claim if someone is harmed at an amusement park.

The amusement ride accident’s facts will play a significant role in determining who is responsible for the amusement park injuries. Sometimes a worker’s disregard for safety protocols, such as forgetting to fasten safety belts or harnesses, can result in an accident. This responsibility is with the employer.

In other cases, though, the machinery’s creators might be held accountable because the equipment may not have been created correctly. The person in charge of checking and maintaining the apparatus or equipment could also be held responsible.

Landowners must protect their property from hazards that could inflict predictable harm on visitors. A property owner must manage and reasonably maintain the grounds and amenities of an amusement park. The property owner may be held accountable if they don’t do so.

An amusement park will be responsible for the victim’s losses if it breaches its duty of care to a patron or visitor, resulting in a preventable injury.

The theme park is accountable for the conduct of its workers. Therefore, if an employee commits negligence, the park could be held liable for that employee’s activities. The park or its workers may act negligently by doing something or not doing something.

You will be able to hold the amusement park owners accountable for the harm they have caused if your injury claim is successful. After all, it would help if you weren’t obligated to cover the costs associated with someone else’s negligence.

Investigators will always need to check into the situation since figuring out what transpired is essential to determining who is responsible for the harm at the amusement park. Owners of amusement parks, those who make and operate rides, and the rides themselves must provide a safe environment.

Can You Sue an Amusement Park?

You can, indeed. However, you must consider the statute of limitations, which specifies how long you have to file a lawsuit against the park.

Some amusement park accident settlements total millions of dollars. Injury victims and their families may benefit from legal representation as they heal and move on with their lives.

What Are Your Legal Rights If You Get Hurt at an Amusement Park?

If you or a loved one suffered an injury in an amusement park accident, you might be qualified to bring a claim against the establishment’s owners, managers, or manufacturers.

If a child or other family member is killed on a roller coaster, the family may pursue a wrongful death claim for damages, such as burial costs and lost support income.

Your injuries are more likely to impact your life the more severe or long-lasting they are. Your damage settlement should include all the money to which you are entitled.

Steps to Take After the Accidents in Amusement Parks

If you have been hurt due to someone else’s negligence, you must act immediately. Failure to do so can lead to a decreased or rejected personal injury claim.

It’s critical to record any time away from work or lost pay due to an injury. Victims who file personal injury cases may seek compensation for lost wages.

Tragedies can still occur even though most roller coasters and amusement park attractions are secure. When the unthinkable happens, your amusement park accident attorney can support you in defending your rights.

Reviewing medical records is the medical equivalent of a lawyer’s trial. For an error-free medical record review, you can choose a company like LezDo techmed.

Parks should be exciting, not dangerous. Accidents in amusement parks happen so frequently that parents and children need to be aware of the dangers, know how to prevent injuries, and know what to do if they occur. If more parents and children are aware of the risks, or more cautious, and take legal action, amusement parks may cause fewer injuries. 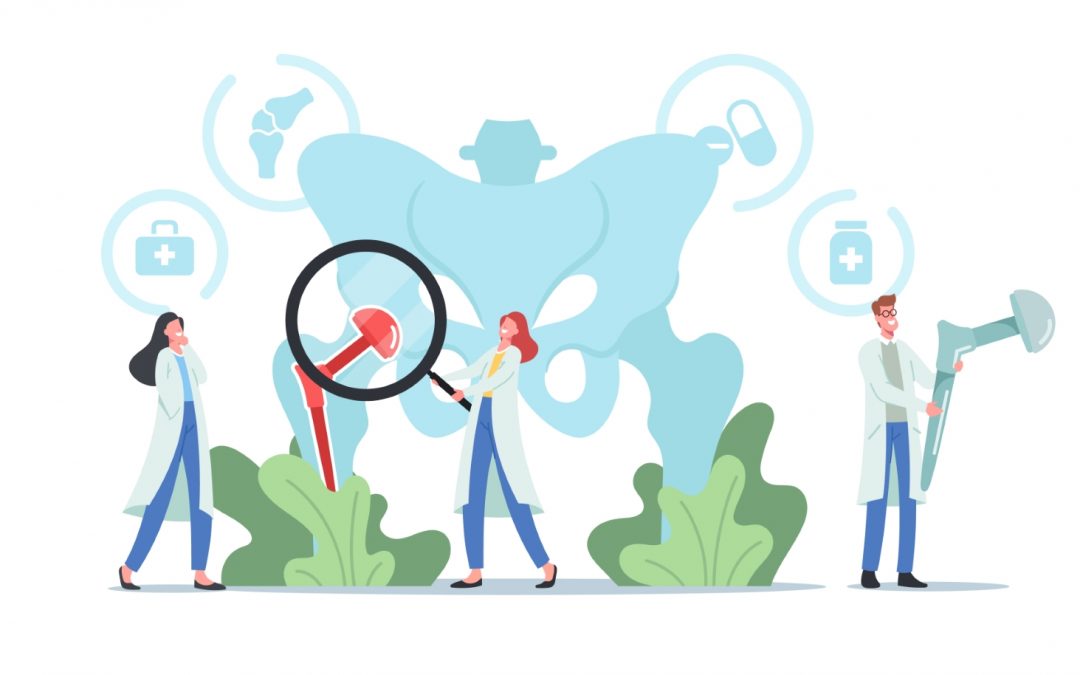 Is Labral Tear of the Hip Curable? Can You Claim?

The labrum, a soft tissue covering the hip socket, is ripped in a labral tear of the hip, a type of joint injury. This tissue is in charge of ensuring that the thighbone’s head slides easily within the hip joint. Labrum damage can cause excruciating discomfort and limit your mobility. pursue a lawsuit to get a hip labral tear settlement. #labraltearofthehip #hiplabraltear #tornhiplabrum #hiplabraltearlawsuit #hiplabraltearsettlement