You’re relaxing in your flight seat. You can enjoy a video game or a movie. The snack and beverage cart is just a few rows ahead of you. Your turn is almost here!

You’re merrily floating through the air on a plane when, all of a sudden, the seatbelt light turns on, and things start to jolt. You quickly fasten your seatbelt and silently pray while grabbing hold of the armrest.

Is this flight in turbulence situation familiar to you? Anyone who has flown has experienced turbulence on flight. Even though it happens frequently, many people are scared of it and believe the plane could be damaged or even crash.

Most passengers dislike flight turbulence, and pilots find it one of the most unpredictable annoyances. What precisely is turbulence, then? How to deal with turbulence anxiety? Read the blog for more interesting facts.

What is Turbulence in Flight?

Turbulence is a sudden change in the airflow’s pressure and velocity that can push or pull a plane. Of all the meteorological conditions that affect pilots, it is one of the most unpredictable things.

The unsteady movement of the air caused by eddies and vertical currents is known as turbulence. It could be as minor as a few niggling bumps or severe enough to briefly lose control of an airplane or harm its structural integrity. Fronts, wind shear, thunderstorms, etc., are all related to turbulence.

Does turbulence happen on every flight? Flight in turbulence is one of the most common problems for air travelers. Although many aircraft can endure more turbulence than is often experienced on flights, it can nevertheless make passengers nervous. We can classify turbulence in airplane intensity into three types. 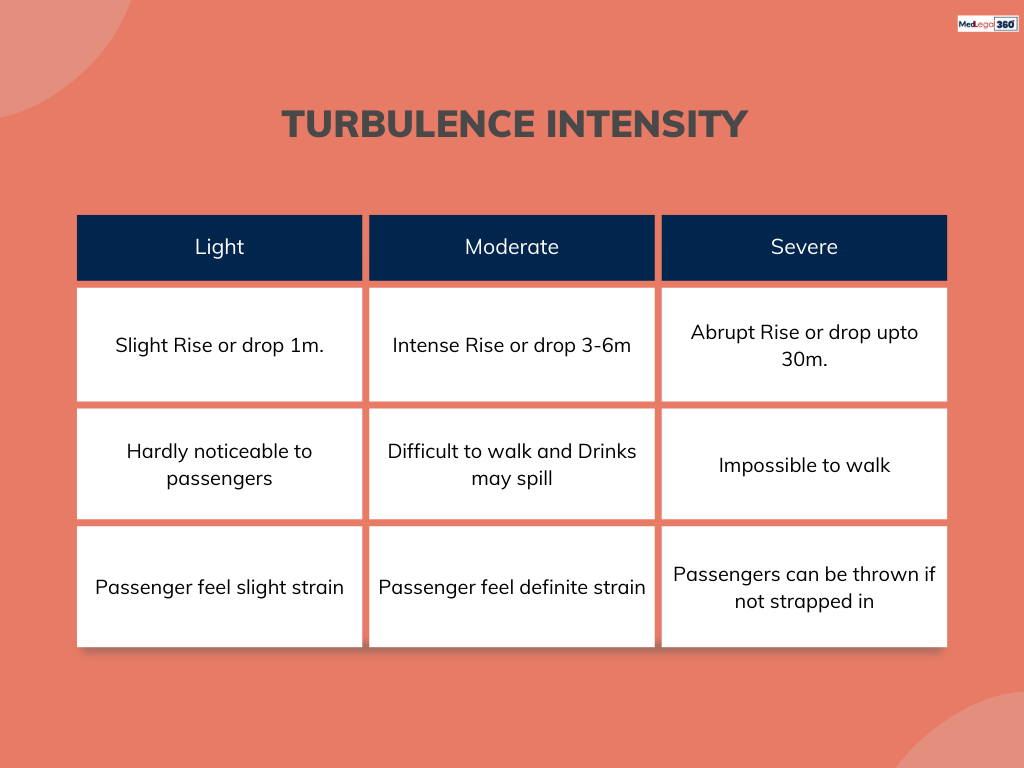 Is turbulence in flight dangerous? This question is arising in your mind now.

The most crucial fact to understand is that flying in turbulence is not so dangerous. Although it may be a little unpleasant, your plane is designed to withstand the worst. Your plane moves less than you believe, even in the worst turbulence.

Why Turbulence Happens in Flight?

A variety of natural occurrences cause turbulence. Air pockets can form when the airflow is erratic due to certain weather conditions. Turbulence arises as a result of this.

What cause turbulence in flight, exactly? An aircraft encounters seven types of turbulence, some of which are weather-related and others created by clear air.

When the weather causes turbulence, a plane may pass through a thunderstorm or a dense cloud. There is no clear method to predict or visualize this occurrence on a map, and these conditions can vary from surface to flight level. 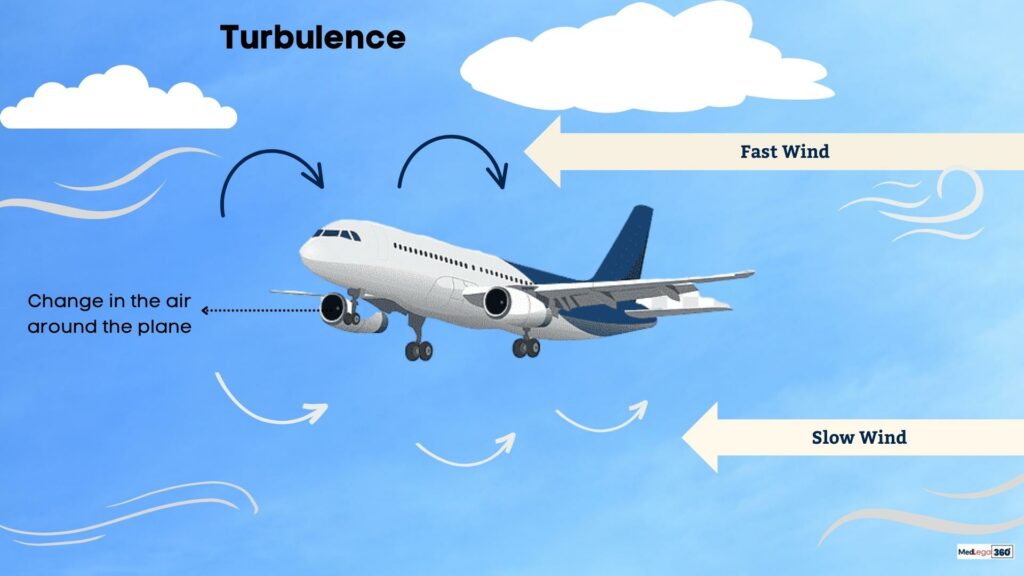 Do you know what happens to a plane during turbulence?

The seat belts of the aircraft’s passengers will be violently pressed against them. The plane is violently thrown around and unable to control itself in extremely turbulent air. It might harm the structure. It is almost hard to control an aircraft as it is forcefully thrashed around.

Can Air Turbulence be Avoided?

The best that pilots do to prevent air turbulence is fairly decent!

Disruptions in the atmosphere that may create turbulence can be found using a flight turbulence predictor called onboard weather radar. For the sake of the onboard passengers’ safety, this enables pilots to avoid turbulence.

Pilots will alter their height when experiencing flight in turbulence to escape it. Additionally, they notify air traffic controllers of the turbulence so that they can relay it to other nearby flights so they can make an effort to avoid it.

Weather forecasting centers also offer turbulence forecasts. They can forecast the locations and times where clear-air turbulence is most likely to occur based on their simulations of what is happening in the atmosphere.

How to Deal with Turbulence in Flight?

Regrettably, flight in turbulence is to blame for one-third of all plane accidents caused by weather. Even though it might be challenging to control, extreme turbulence is rarely hazardous. In addition to the fact that planes are well-built and can weather these difficult sections, pilots are well-trained and capable of handling these circumstances.

Here is a list of airplane turbulence safety tips you must know!

Seatbelt: Even though it’s necessary to follow the rules and buckle up whenever the seatbelt sign is on, it’s especially crucial to do so when there is turbulence, no matter how mild or severe it may feel.

Breathing exercise: It might be simple to hold your breath more quickly under stress. It will help if you breathe slowly and deliberately because doing otherwise will just increase your anxiety.

Distraction: Try to focus your attention on something else, such as reading a book or taking in the onboard entertainment, if the turbulence isn’t too bad. Distracting yourself is the best action if you find it difficult to remain composed while things are turbulent.

A total of 41 passengers were harmed or required medical attention due to the most recent flight in turbulence injuries on flights to Honolulu and Houston in just two days.

An emergency response organization reported that over a dozen people were gravely hurt when an aircraft to Hawaii was severely disrupted on December 18, 2022, about 30 minutes outside Honolulu.

According to a report from Honolulu Emergency Medical Services, nine passengers were transferred in stable condition. In comparison, 11 passengers on the Hawaiian Airlines flight from Phoenix were taken to several emergency facilities in serious condition.

According to the agency, a significant head injury, lacerations, bruising, and a loss of consciousness were among the injuries.

According to the airline, “severe” turbulence, the third on a scale from light to intense, caused the accident that Sunday. According to Hawaiian Chief Operating Officer Jon Snook, the incident that left 36 people injured was “quite uncommon.”

A United Airlines aircraft flying to Houston experienced turbulence one day after the incident on the Hawaii-bound flight, resulting in the hospitalization of five passengers with minor injuries. Every year, roughly 58 people who are not wearing seat belts are injured due to turbulence.

The overall accident rate for American Airlines has steadily decreased, but turbulence is still a significant contributor to mishaps and injuries, according to a 2021 NTSB report. Between 2009 and 2018, 37.6% of all accidents on major commercial flights were caused by turbulence.

The Montreal Convention was established in 1999 to safeguard passengers on international flights. It creates standard compensation guidelines for the 120 countries that have ratified it.

The 1999 Montreal Convention protects you if you are hurt while flying. According to the Montreal Convention, passengers may file a lawsuit against an airline for any illnesses or injuries that arise during a flight and are attributable to the carrier’s carelessness.

As long as it is a compliant state, you have the right to request compensation from your home country, the country of departure, or the place of arrival.

A significant contribution toward establishing a minimum level of compensation to be paid in cases of passenger death or injury has come from the Montreal Convention.

Contact a personal injury lawyer if you need clarification on whether an airline is paying you fairly. They can explain the treaty’s details and ensure you receive just compensation.

Who is Liable for Flight in Turbulence Injuries?

Each year, flight in turbulence contributes to a number of in-flight accidents. Unbuckled passengers and crew members may be ejected from their seats during bumpy rides. What the flight crew did to warn or teach passengers shortly before the turbulence started is critical in these types of damage lawsuits.

Given that numerous parties may be held accountable for the disaster, it is critical for air travelers to be aware of their legal options in the event of an injury while in the air. Victims may be eligible for compensation regardless of who or what was at fault for the accident.

If a passenger is injured while flying, they may be entitled to hold the airline accountable for its negligence. You may be able to hold the airline legally responsible for any in-flight injuries if airline staff members—such as pilots, flight attendants, maintenance personnel, or ground crew—were negligent or inattentive.

A lawsuit of this nature would require proof that the airline acted irresponsibly. This might be the situation if they knew they were about to enter turbulence but neglected to inform the crew and passengers.

You’ll need proof of the airline’s negligence if you consider filing a claim for flight in turbulence injuries. This could incorporate pictures, videos, and witness accounts. A video of this could support the negligence case, for instance, if some time had been turbulent and the seatbelt signs had not been lit.

A few passengers on an average aircraft may perceive turbulence as a potentially fatal nightmare. Turbulence can be rather uncomfortable, although it is rarely a dangerous scenario.

Reimbursement requests from passengers can be made directly to the airline. The passenger’s other choice is to bring a lawsuit if the carrier refuses to make payment.

If your flight in turbulence compensation claim is successful, general and special damages will be given to you. You will be compensated for the pain, suffering, and amenity loss your injuries have caused you through general damages.

You will be awarded special damages to cover any costs and financial losses incurred, or that may be incurred in the future as a result of your flight in turbulence accidents, such as medical care, travel costs, lost income, and mobility equipment costs.

The next step is to prove causation after the plaintiff has proven responsibility. A medical record is required to establish causation. All information on the damage received, how the injury has been affected, and the anticipated recovery time will be included in the medical report that a specialized medical records review company reviews. The claim’s worth will only be determined when liability and causation have been established.

Although rare, there are risks and dangers associated with air travel, despite how popular and lucrative it is. Traveling by plane carries the risk of lost luggage, severe injuries, or even death. These situations may give rise to claims for compensation, but doing so requires strong preparation and the provision of supporting documentation. 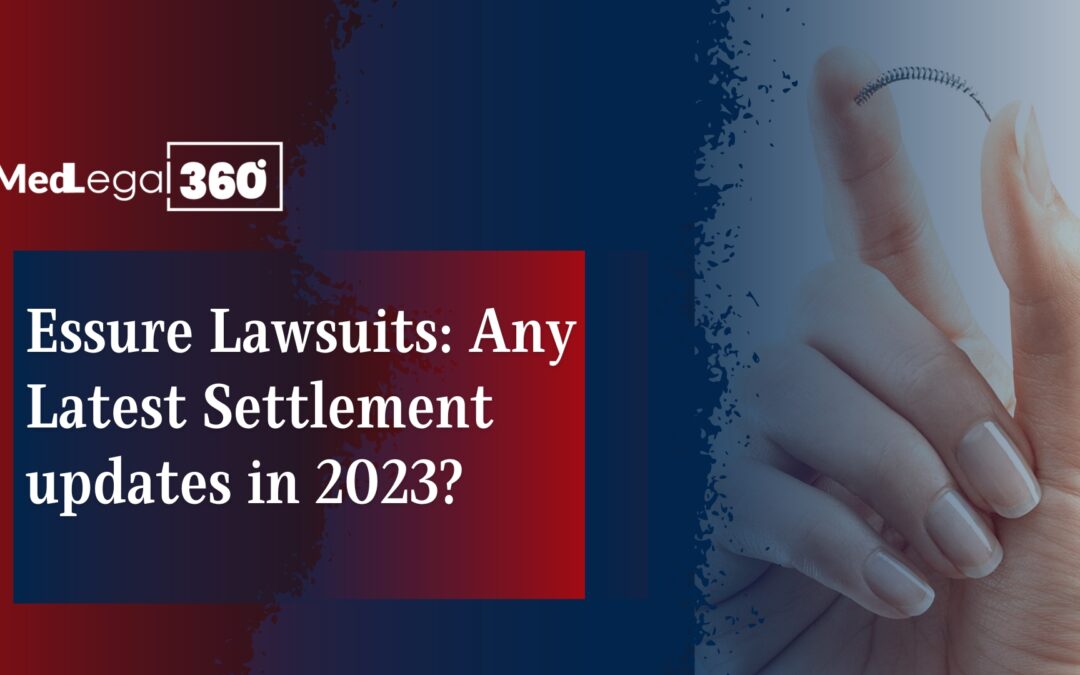